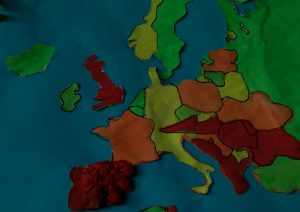 Birmingham is a city of a million people from across the world and yet people don’t always get the right food they need.

Yet, break into conversation at the Birmingham Food Group event and the reasons are plentiful from TV chefs to a love of putting the wrong thing into fresh food.

A selection of comments:

“Cooking on telly has become a spectator sport. You ping a microwave dinner so you can sit and watch someone cook and it looks difficult and expensive.

“You need two people working to keep a roof over your head. People just don’t have time to cook properly so they’ll eat processed food and takeaways.

“But some groups are happy to spend time in cooking from fresh. It’s part of their culture. But then they add some of the worst elements of a Western diet, like salt and other things.”

“A middle class family can eat a Waitrose ready meal and think that because there’s no trans-fat that they are eating more healthily. That’s not always the case.”

“Exclusion. You are excluded if you don’t have enough money.”

“In the future, water will be a problem. We’ll need more and we’ll need higher yielding crops that don’t exist yet.”

“You can see a time when your benefits will depend on you eating the right things.”

“Nudge theory already sees school children presented with the healthier choices in a way that they will select them more easily.”

“In history, choice was not over food. It was around if you hunted or cooked.”

“The biggest use of food banks is delays over benefits payments. It can be six weeks sometimes before that is resolved. How are people supposed to live? Let alone eat? People with no money roaming the streets? They already are.”

“Greed and elitism. We’re told we’re individuals. So, it’s hard trying to get people to think about if the person in the next street gets enough.”