Just a couple of final posts to round off the evening.

Thank you for being with us online. It’s been a great event.

A flavour of the event online

We’re closing with another song from The Hand That Feeds, The Blackest Marketeer. (The image above was from the performance last May in the Bullring’ copyright Graeme Braidwood)

25,000 meals a week are served by @NishkamCentre on Soho Road through volunteer says @ASUbhi #FoodFutures.

We need a change in mindset about food. Food is not appreciated or valued. How can we reconnect & want to cook more at home? #foodfutures

Suggestions from the floor: Cooking is not on the curriculum. Can we change that in Birmingham. Birmingham used to have amazing produce markets. Can we have fantastic markets in central Birmingham again?

Question about whether the council is working with neighbouring (and more rural) councils. Answer: there is a West Midlands-wide food strategy.

Speaker from the floor agrees that children are important, but children live in families and communities. We need a profound change in the way all the members of our communities look at and understand food.

Andrea Graham points out we are missing the major retailers. Retailers have a huge role in shaping the food market. At some point people lose contact with where their food comes from. Cites as an example the move from fried breakfast to cereal. It’s good for our health but it’s also a symptom of a time-poor society rather than looking for health.

Question from floor: how can we make it easier to close the nutrient loop locally (for example composting food waste and growing fresh food in one neighbourhood).

John Crawford suggests that we need to take a range of actions to make it easier to eat well rather than not. Cities are a huge concentration of nutrients.

Delegate works for Big Lottery and is a school governor. She says food education in food is often good but at home children may still be eating fast food. She picks up the local businesses point: could the planning system keep fast food away from schools?

Suggestion that we need to focus on young people: school meals and their parents. Do we need to tackle fast food businesses opening and offering deals timed to coincide with school leaving time?

Attendee assumes that poor food quality and supply will affect the poorest communities harder. Is this true? John Crawford says there is no need for that link to exist.

A question from the floor. Why is it so hard to look at the future costs of obesity and liability and take action now to mitigate them? Can this be tackled at a City level?

Mark Rogers suggests that seatbelt and drink driving campaigns should be our model.

Mark Rogers from Birmingham City Council is chairing this discussion by the way. He’s been tweeting pictures of the other speakers. Luckily someone has tweeted a picture of him

We’re having a plenary discussion. An attendee argues that we should focus on food waste and food packaging waste.

Jon Miller tells us about a food business that starts production in the UK, processes in Vietnam and then returns the food to the UK for sale. This is financially cheaper.

He also tells us about a company that takes food waste and provides it to people on low income.

Food prices will rise we hear from Jon Miller.

The risk to food security is real and pressing says John Crawford from Rothamstead.

One of our specialists: Andrea Graham has shared her initial thoughts.

We’ve just been asked to share facts that leap out from the infographics on our chairs with our neighbours. The full range of infographics are available on our website.

Kate Cooper from Birmingham Food Council says that consumer decisions in Birmingham can have a huge impact on global food security.

Tonight we are going to think about this question.

The first performance introduces a character who runs a food business in Birmingham. Over 16,000 new food and drink products are introduced to the UK every year. 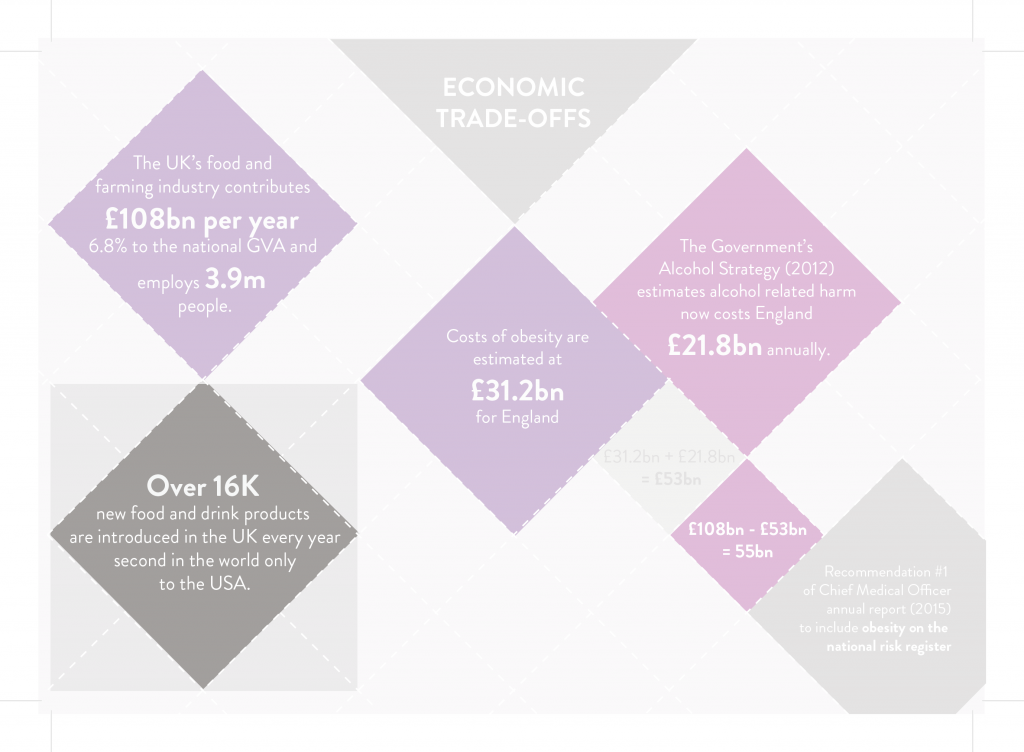 We’re starting with an introduction by Graeme Rose talking about The Hand That Feeds. Some pieces from this will be presented during this evening.

‘How can we communicate food criminality through musical comedy?’ We did, Graeme said, in May and 2,500 saw it #foodfutures #birmingham

There is food for attendees (obviously) and tap water.
Why tap water? Well… 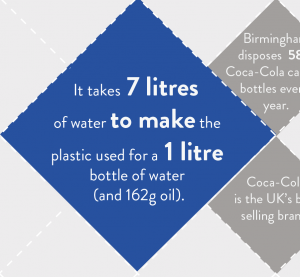 Delegates get some fact-packed infographics. We’ll be sharing facts through the evening. Here’s my favourite:

40 per cent of the UK’s food is imported. We depend on agriculture in other countries hugely. #foodfutures #Birmingham.

People are starting to gather. We’ll be using this page as a hub for content for the evening. You can follow along on Twitter #foodfutures or @bhamfoodcouncil 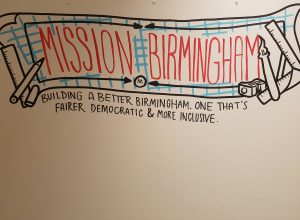 Good evening. We’ll be live blogging tonight from The Impact Hub in Birmingham where people are gathering for the Food Futures event. It’s an evening of conversation and live music exploring the challenges of global food security.