Imagine the food system is a black box. You can’t see what’s going in, nor see inside it. But emerging from it are all the food and drinks bought by all of us in Birmingham today.

On the outside are a few dials and levers. You play around with ’em.


One of the dials is named ‘tanker drivers’. You play with it awhile and soon realise that it controls how many of them are on the road. You decide, on a whim, to turn the dial to ‘zero’. 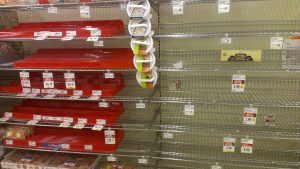 At first nothing seems to happen. But some four days later, buyers see empty supermarket shelves.

Panic buying has already started of some food stuffs. All sorts of stories and images are across the media, including reports about the emergency PMQs in the House of Commons.

Mid-way through PMQs, reports of mass demonstrations in cities and towns across the country start coming in . . .

Such a system is impossible to understand. It’s like a black box, even to professional experts in the middle of it — farmers, say, or supermarket buyers, commodity dealers, the corner shop owner. 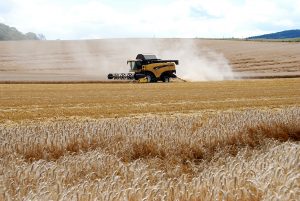 No-one can trace the what or the where of the soil, energy and water that grew the wheat and and other ingredients and all the processing and packaging and distribution — to make, say, the loaves arriving here in Birmingham to be sold tomorrow.

What we know about complex systems is that small tweaks can made a big difference, sometimes known as the butterfly effect.

Oil commodity prices seem like a different system from “the food system”, and can be caused by many factors, supply and demand, global politics, commodity speculation, etc.

But our energy and food systems are both networks, each complex, with many potential ramifications when a fault develops somewhere in their interconnectedness: 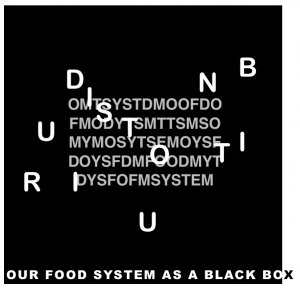 Remember the tanker drivers strike in 2012? It was caused by a sudden hoick in oil prices. This acted as a ‘tweak’ on our food system — and had the potential to stop food distribution.

Sure, it was annoying for car owners that garages began to run out of petrol. But that wasn’t when or the reason why the Government stepped in.

The resolution of this strike had to happen within a couple of days after it affected food supplies into our cities and towns. So it did . . . the Government sent in troops to the oil depots, and had urgent talks with people on either side of the dispute.

Cities only have a few days’ food supplies. A population without food, or the prospect of food, will move. En masse, too. Governments react because of the very scary thought that a population is only a few meals away from rioting.

Here are two added thoughts about the situation described above: