Birmingham spends some £3.4bn every year on food and drink, yet the cost of obesity to the city has been estimated to be £2.6bn, with a further £448M being spent here on dealing with alcohol related harm.

There’s evidently something seriously awry with the economics of our food and drink system.

So what should we do about it?

Complexity science offers us a radically different way of looking at our food system — see this earlier blogpost about thinking of it as a ‘complex system’.

If we think of our food system as a ‘black box’, which we can affect through tweaking ‘levers’ on the outside, then we have a means of changing the system and its outputs. (see this blogpost where I introduce this idea.)

So what are the levers that either have, are or could be used on the system to change our dietary health? The diagram below shows five of them: 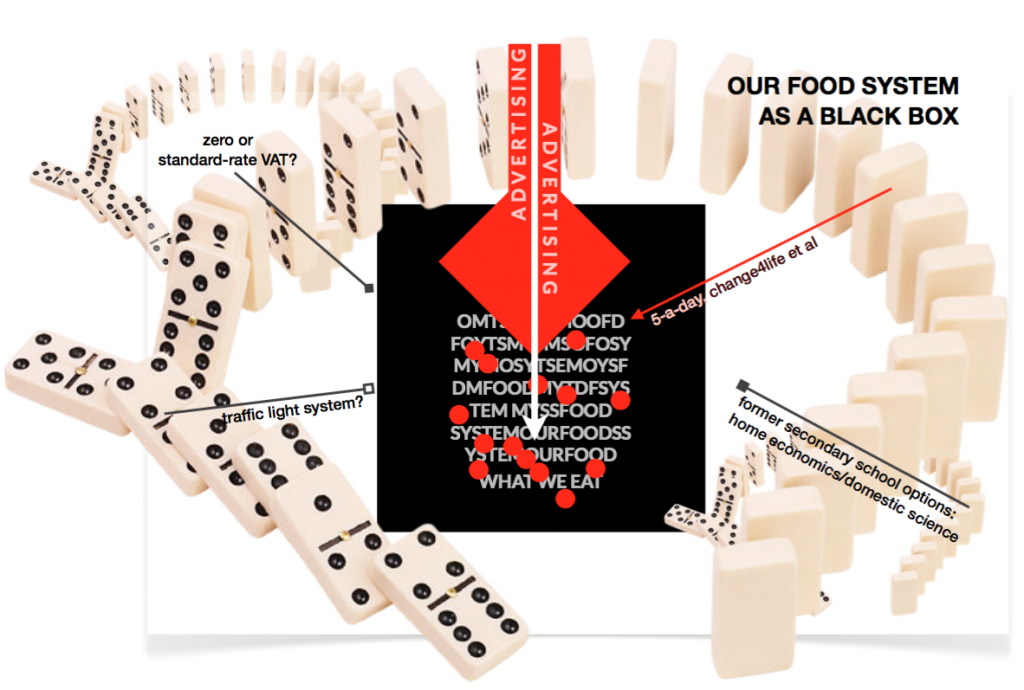 We think informing people overtly about the VAT on food products, this fifth item, will have a big impact, just as the ‘traffic lights’ system did. And paying and accounting for VAT at the point of sale is not a voluntary option, it’s demanded by HMRC.

Statista figures for advertising spend on food and drink in the US in 2015: 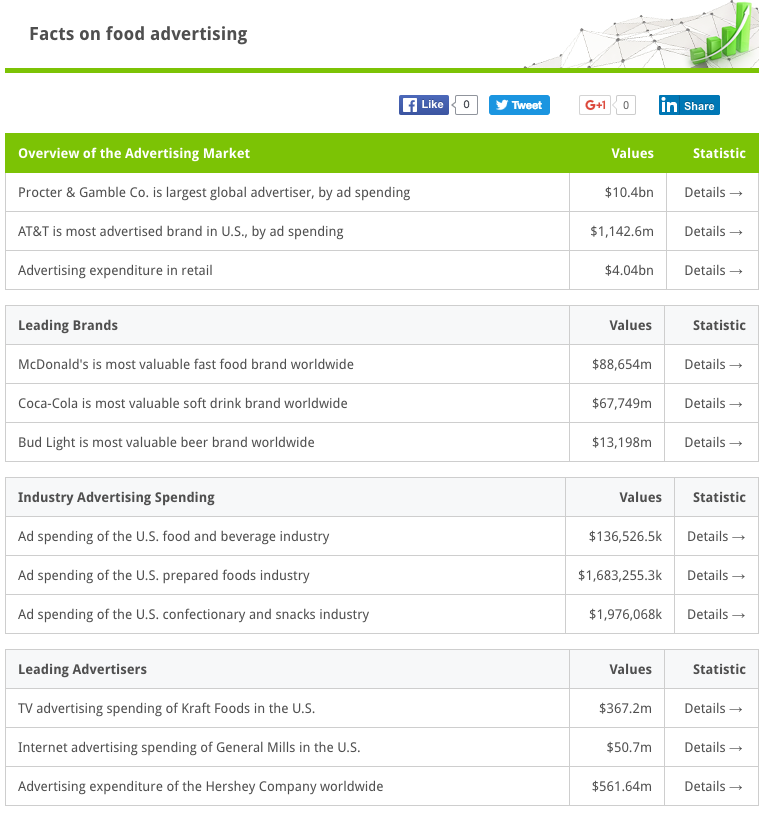