During an eight-month project from March-October 2015 funded by Barrow Cadbury, we asked: Is it possible to have an effective city-level response to the drivers of emergency food aid? (The answer is yes.)


In the week when an FSA report says a quarter of people living on low budgets struggle to put food on the table, we thought it useful to remind you of the project report: Food insecurity in Birmingham — a city-level response?

At the outset of this project, I didn’t think there was much the city could do, faced with external forces on our food system, and on rising inequality. I was wrong. There’s lots Bimringham — and other cities —  could do.

We determined early on in the project that any actions to achieve this had to be under-pinned by four core principles:

We consulted widely, read widely, ran a workshop, and then collated the ideas generated by everyone who took part on the project into six levels, some of which inevitably overlap. Yup, we can make a difference . . . just a quick glance through our report will tell you that.

We were grateful to both the Barrow Cadbury Trust and ashrammoseley for their support of this project. 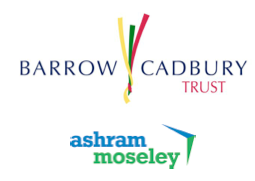