Are we, I ask at the start of my presentation to the Government Chemist Conference on 14th June, home sapiens (wise wo/man) or pan narrans, the story-telling ape?


Much of our work is of the ‘sapiens’ kind, rational, evidence-based thinking about How The World Really Works. Yet according to Terry Pratchett, the element upon which we humans run is ‘narrativium’ rather than evidence-based rational endeavour.

Most of us for most of the time are capable of either way of thinking, occasionally in both ways all at the same time. It’s  ‘narrativium’, though, that appeals to emotions.

Stories, too, are a means by which our minds can hold swathes of interconnected information. Hence our ‘Narrativium Projects’. And the production of The Hand That Feeds: A musical about food crime is one of these projects, the loudest one to date.

Here’s the video I played at the start of my presentation. It includes interviews with Professor Chris Elliott and Nicola Temple, author of Sorting the beef from the bull.

Based on hard-nosed information about food crime (the ‘sapiens’ element of our nature), the musical is ‘narrativium’. It tells a redemptive tale about Robbie, played by Antony Miles. He is ‘a hardworking family man’, making a living selling food and drink from the back of his van without a thought as to its provenance or safety.

One night as Robbie is sleeping, he is “woken” by a spectre, played by professional musician Xhosa Cole. The Spectre leads him through a series of dream sequences where food crime is going on — from people like himself making a fast buck to EHOs finding dodgy produce, from youngsters drinking moonshine to international criminals distorting food supply systems.

When The Spectre leads Robbie to witness his own children eating burgers he knows could be contaminated, he finally realises how badly he’s acted. On waking the next morning, he vows that he will take responsibility to be vigilant, think twice and play his part to #StopFoodCrime.

It’s a great piece of street theatre, heard by tens of thousands of people.

It’s going to take all of our ‘sapiens‘, our wisdom to meet the challenges humanity is facing.

The triple whammy of climate change, resource depletion and population pressures means we need grow more food in circumstances that include: 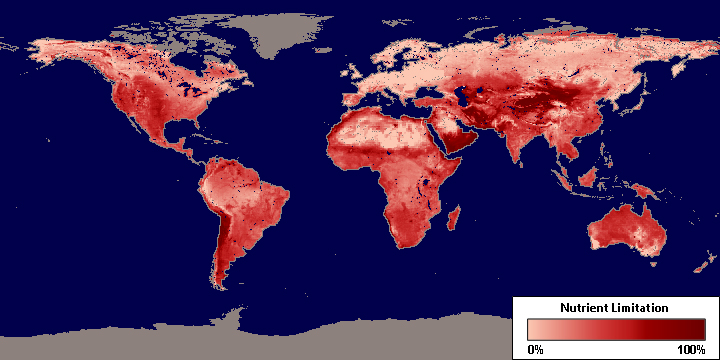 All this means that global competition for food is increasing, as Parveen Mehta describes in this video interview at our horizon scanning discussion dinner held last October:

Parveen is a Director of Minor Weir and Willis, one of the UK’s largest independent fruit and vegetable wholesalers. He informed us that fruit and veg wholesale businesses in the UK run on a 0% to 2.5% profit margin; i.e. it is a precarious business in which scale matters.

There is more about Parveen in this blogpost: Food System Dynamics: Part I — Follow the money . . . but it isn’t here. This blogpost also has information about Simon Beckett of Becketts Farm, 8 miles south of the city centre, and where the 31st March 2018 Farming Today broadcast was made.

(There are other video interviews from discussion dinner, with Professor Chris Elliott about nurrients in food, with Dr Helen Ferrier  on automation in farming and with Kim Kettle on how farmers need support in order to plan for the long term.)

In our horizon scanning report, we recommend that the Government sets up a UK Food Security Institute, led by members of the MoD and/or intelligence. 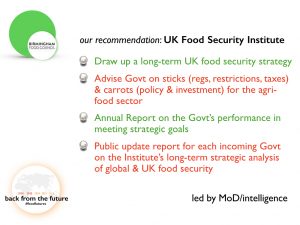 We’re proposing the Institute has the following remit (see left).

The information in the Report itself, and the remit for the proposed UK Food Security Institute must be evidence-based, the stuff of ‘sapiens’.

A request for help: If you can contribute to its possible structure and governance, please let us know.

Informing and changing most people’s minds about where to focus their decision-making requires more than experts, more than evidence, more than rationality. Hence our development of (what we’re calling) The Game where ‘sapiens’ meets ‘narrans’:

We’re running our third prototype version this summer, having trialled with with two other groups.

It’s currently a scenarios workshop. The Players are put in charge of a city. Our side, however, holds significant cards, many of which represent the global forces and drivers that could wreak mayhem on the world’s food system. Can the Players beat us?

Again, a request for help: Would you and/or your colleagues like to play The Game?

It’d give you the opportunity to learn the nature of the challenges and opportunities for different groups of people, including those from diversity of businesses, also socio-economic policy makers and researchers. And for us, it’d greatly help us in the development of The Game.

As well as global and national factors in the food system network affecting us here in Birmingham, there are also huge economic stresses in our local system, too.

For every £1 we spend on food and drink in the city, we spend >£0.90p on its dietary effects. This blogpost gives the relevant figures I gave in my presentation, and where we got them from.

This blogpost is about VAT as a useful POS (point-of-sale) metric. It can tell us what % of our household food spent is on products with zero or close to zero nutritional value.

It’s also a means to identify those corporations who manufacture and purvey such products. They currently dominate the global food and drink sector, as described in Food System Dynamics: Part II — Follow the money. There is also an explanation as to why I included the company Altria in the Forbes 2017 list.

Both the global factors impacting on our local food system, and a desire Birmingham has to make a positive contribution to global as well as local food resilience and sustainability has led us to design this coordinated programme of projects: Action Research: Birmingham as a ‘laboratory’: 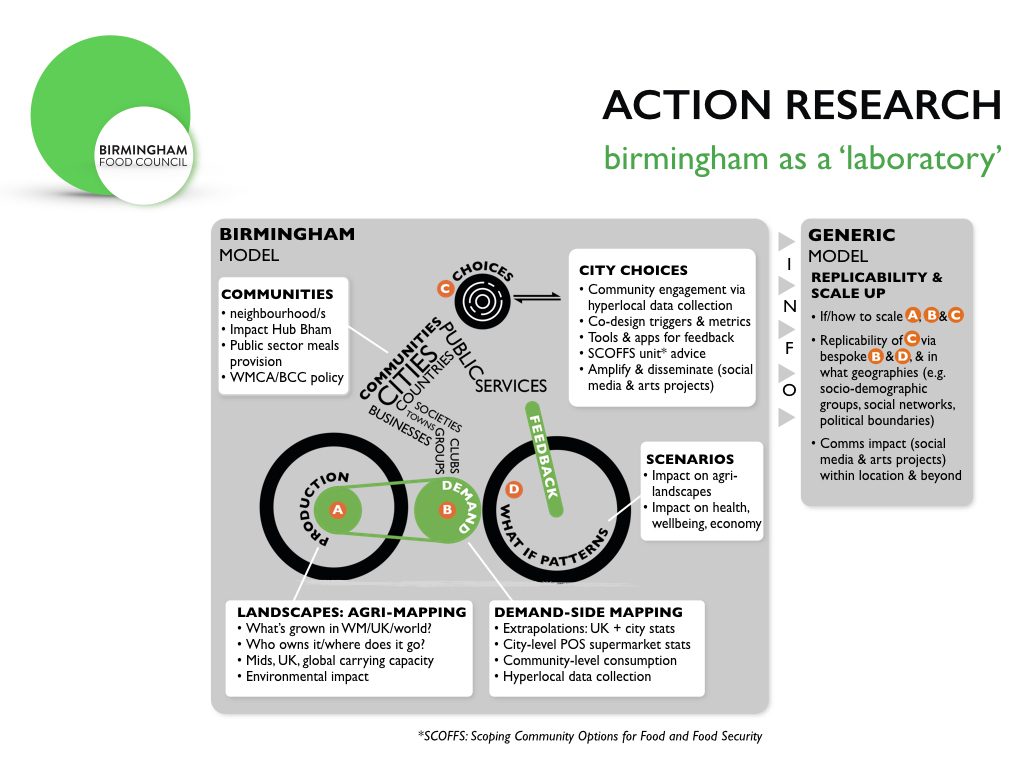 As you can read from this link, the Action Research programme involves both the hard-headed, evidence-based rationality of participants (i.e. being homo sapiens) along with the motivational engagement of the pan narrans side of our nature.

Creating ‘narrativium’, though, takes time, effort and money. The arts ain’t free! This video clip, the closing credits of a short film about our first production The Hand That Feeds: A musical about food crime lilustrates some of the efforts involved, as well as the reaction of the audience to our first performance in Bimringham Bullring one sunny Saturday afternoon in May 2016:

These credits, though, are far from the full story of its creation. Add in an extra unnamed ~40-50 people, all of whom needed organising and paying, some with expenses, some receiving professional dues. It took some £60K for all the performances over the last couple of years, plus the effort and know-how of getting of such funds.

So add in time, too. It was two years from from conception to its first performance in May 2016. And we’re still working on it with a project to create a performance pack so others can stage it.

Sure, plenty of ‘narrativium’ isn’t of this order. It’s important, though, that the time, effort and money involved is not underestimated.

note 2: The info-diagram below is a summary our of current activities. 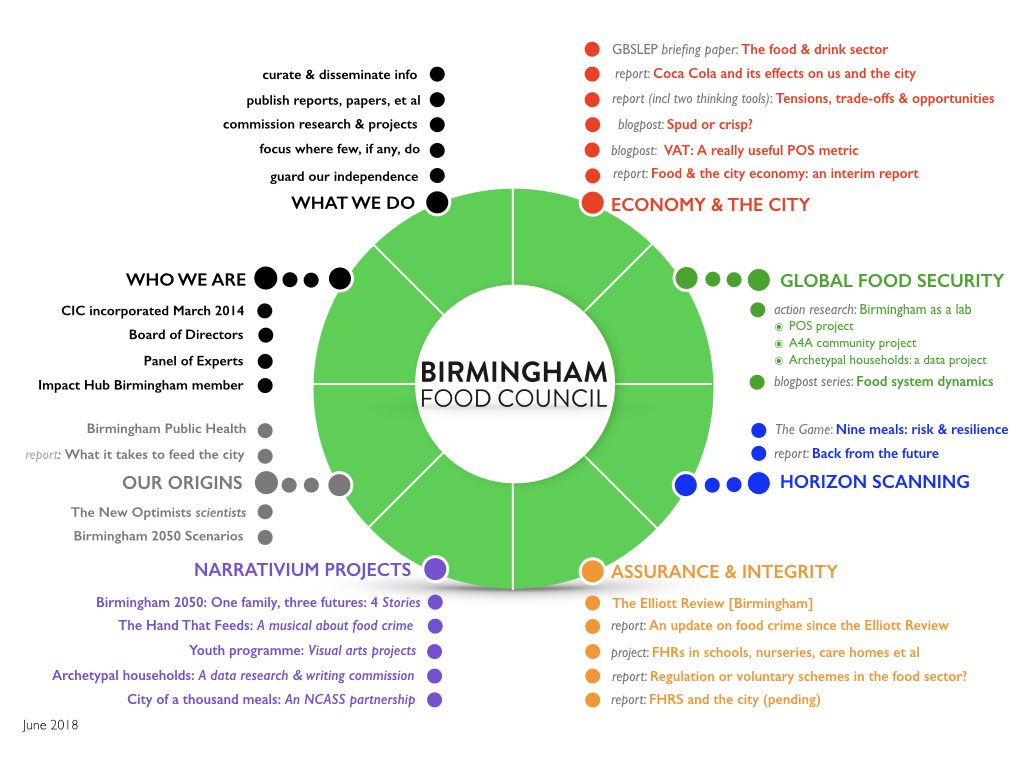 There is also a PDF version here, which has links to pages with more information.