In October 2015, we published this report about a project we’d run: Food insecurity in Birmingham — a city level response? Because of this, Professor Morven McEachern invited me to be a panellist at a meeting in Salford yesterday (25th April) about a just-completed research project. And there I missed the opportunity to talk about how that project can frame what the Birmingham Food Council is doing now.

What we’d done in 2015 was ask ourselves this: If external drivers on our food supply networks are here to stay in one form or another, what strategic measures can Birmingham take to mitigate against their effects? Is it possible to have an effective city-level response — and if so, what does it look like?

Mea culpa, there is more in this 2015 report than I had remembered. Sure, I read it again earlier last week. But then I re-read it this morning in the light of what I heard yesterday. 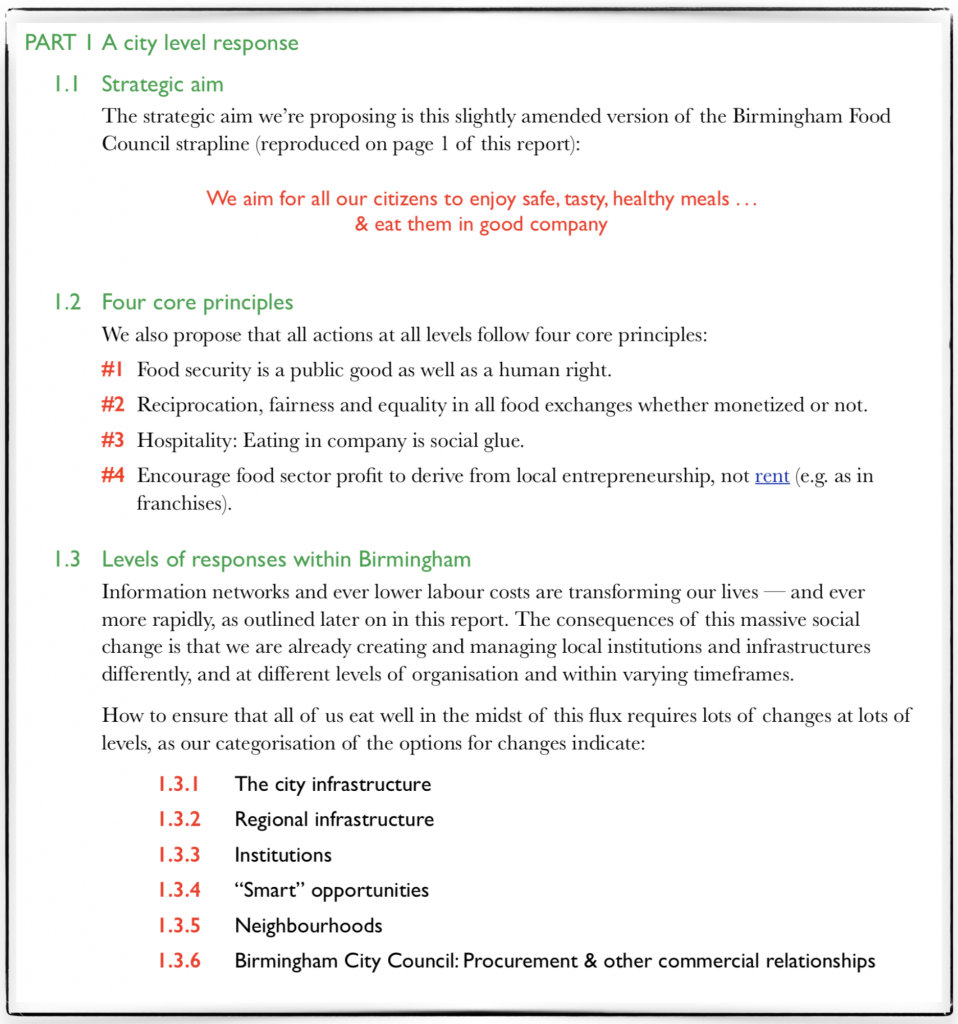 For example, we suggested all actions in response to emergency food provision should follow four core principles, and then gave examples how that could happen at different levels in the city.

The principles we put forward were:

The first two principles are now, I learned in Salford, part of a common understanding. I mentioned the third, ‘eating is social glue’ but only in passing — the fourth didn’t get a mention from me or anyone else.

If people live on what co-panellist Catherine Connors from Salford City Council called ‘deficit budgets’, i.e. without enough to live off, they have desperate trade-offs to make and all too often don’t eat, or eat badly.

As so many yesterday said, this  is an outrageous state of affairs in our society today. Two politicians, Salford Mayor Paul Dennett and Birmingham Councillor John Cotton spoke of this, and gave examples of what the two cities had done and were doing in response to the desperate situation so many of their citizens are facing.

In a nutshell, the ‘food poverty’ that drives so many people to hunger, isn’t about food. It’s about poverty and about inequity. 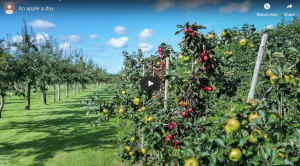 What I said yesterday was just fine, if scary — stuff about the economics of the food system, the scale of it all (see the video left) about the threats coming our way.

It would have been far better, though, had I recognised then (rather than now, eh) the relevance of our 2015 report, not least because what we’d said there would have been part of the welcome chorus of the Salford conversation.

Within that chorus is the wish/assumption that matters could be very different. When it comes to social inequity, it can be different. Food banks barely existed a decade ago; they could disappear as quickly as they appeared with different political decisions by central government.

But there are huge ‘external drivers on our food supply networks‘ that are here to stay. What are these? The biggest drivers are climate change, resource depletion and population pressures. What if, I said yesterday, the 2018 heatwave is repeated this year or next? What about the world’s growing population and resource depletion; we need enough food for a third more people, but it’ll have to be grown on a perhaps third less land. How will that pan out?

What I have learned from yesterday:

First, there has been considerable development in the thinking around emergency food provision since 2015. There’s widespread acknowledgement, too, that city politicians can and do make a difference — despite the drivers of the huge inequities in UK society being out of their direct control.

Secondly, there was some talk yesterday about legislation. We do have the human right to food (think of the 1948 UN Human Rights Act and the 1996 Rome Declaration on food security). How might these rights be enforced? I’d add this:

Thirdly, it’s really hard to think about, let alone respond to the non-local external drivers on our food supply networks, some of which are already hitting us. Some are the global threats and, depressing though it is to realise, there’s plenty more to follow where they came from. We also need act to constrain the corporate vested interests, notably the drug food companies degrading our food system.

Lastly and arguably most importantly: When (and it is ‘when’ not if) food shortages and scarcities become the new norm for all of us, what spatial, logistical and other organisational elements exist in the current emergency/community food distribution systems that we could use at a population level?