Yet we could test and monitor soil quality as we do air quality — and have a policy to remediate contaminated allotments soils if needed, or advise allotment holders to either grow flowers and trees, or to grown crops that don’t absorb any contaminants found.

So what happens? Plants absorb nutrients from soils and the air around them — and many pollutants too if they’re around, some very harmful to us. Heavy metals are very damaging to human health and more often than not contaminate lands where heavy industry predominates or predominated. In a paper published in 2016 Heavy metals in agricultural soils of the European Union with implications for food safety, the researchers estimated that 6.24% of agricultural soils across the EU were contaminated with heavy heavy metals  — and that’s for designated agricultural land, not land in urban areas.

An American research, Scott Rozelle, estimates that one in three Chinese children living in rural areas are cognitively stunted owing to breathing polluted air and eating food grown in industrially contaminated soils; see also page 5 of our response to the draft London Food Strategy. (Rozelle’s work begs the question whether Birmingham’s youngsters living in our most polluted areas are similarly affected. We hope not . . . )

Given the history of Birmingham, let alone the pollution caused by cars and lorries, it’s likely that much of the soil as well as the air across the city is contaminated.

I didn’t mention this possibility in a previous blogpost Why talk of GYO is irrelevant and unhelpful, but it is why our fifth recommendation in our response to the draft London Food Strategy was that they should test for both soil and air pollution on their growing spaces in the capital, as we should here in Birmingham: 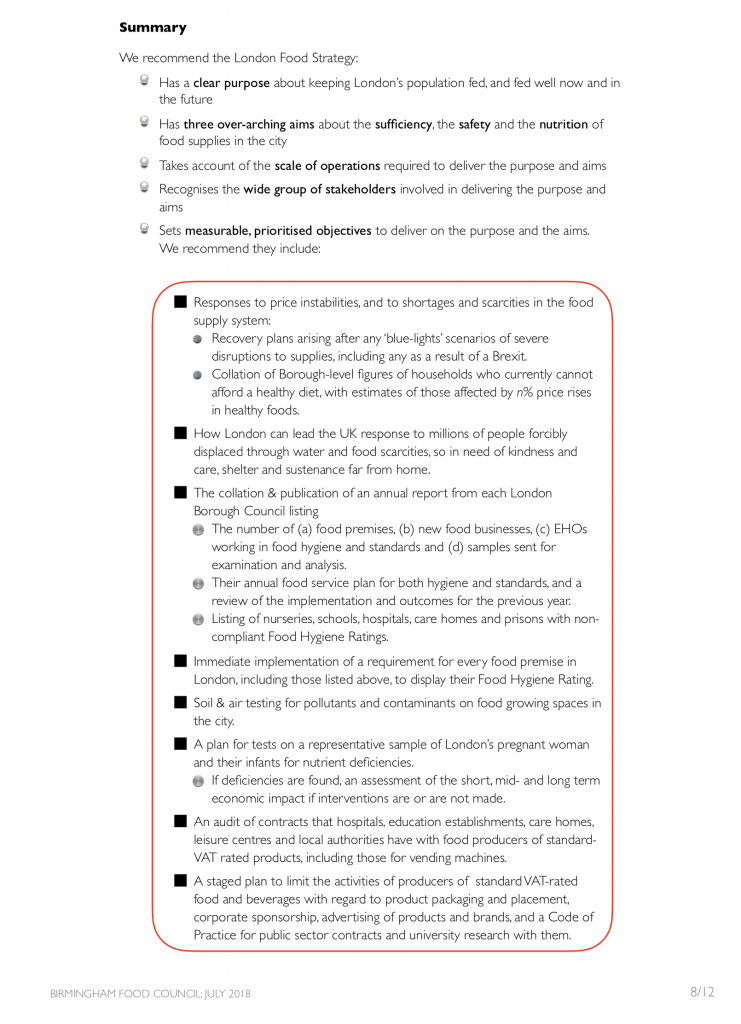 The photo above of Fazeley Street was taken by Roger Marks.