In 2015, we published Food insecurity in Birmingham — a city level response? based on a consultative project we’d run over the previous few months.

This blogpost outlines what we said then, and gives our 2019 perspective on it all.
At the beginning of the 2015 project, we’d asked ask ourselves: If external drivers on our food supply networks are here to stay in one form or another, what strategic measures can Birmingham take to mitigate against their effects? Is it possible to have an effective city-level response and, if so, what does it look like?

We put forward four ‘core principles’ under which all actions at all levels should follow: 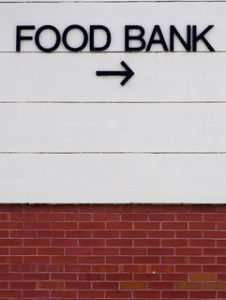 The second was made in our 2015 Report because a growing number of our citizens weren’t able to exercise their human right of economic access to sufficient, safe, nutritious food.

The principles of reciprocation, fairness and equality were, we felt, ethically appropriate but lacking. But non-monetised applications of these principles don’t begin to address the poverty that causes their lack of access in the first place.

note: On pp15-16 of the 2015 Report, we put forward means to generate/test reciprocation, fairness and equality in non-monetised food exchanges. They are outlined, too, in a later blogpost in this series: #17: The price of plums and other social exchanges.

The third, about hospitality and eating being social glue: A difficult one for a national food strategy other than being a mere statement. Hospitality and the eating of meals is, by its very nature, not a national activity but a local, hyperlocal or household affair.

The fourth is in essence about how to encourage new entrants to the sector. This is both a local issue as well as a national one, and challenged by the high barriers to entry to much of the activity in the sector, as mentioned in the earlier blogpost in this series Supply chain permutations are endless. 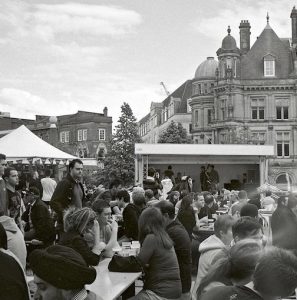 There are, however, opportunities for small scale, new entrant entrepreneurs in specific niches, particularly in the food services. Not all of them require substantial capital investment. For example, the start-up costs are low thousands with a return in months (of admittedly very hard work) to set up a street food business. Moreover, there’s a wealth of advice and support available on how to do so from the Nationwide Caterers Association (NCASS) whose HQ is in Kings Norton.

We went on to say (pp4-6) that ensuring all of us here eat well depends on lots of changes at lots of levels (including at an institutional (suggesting community-scale public provision of meals, starting with existing institutions such as schools and leisure centres), taking advantage of smart technologies such as collection cards, and the use of national and local quantitative info on food insecurity matters, the latter already part of Public Health Intelligence).

The following levels at which change could happen are quoted directly from the Report (p5-6) along with today’s comments on any that has happened since 2015 below:

At a neighbourhood level

At a city infrastructure level

Encourage the development of food sector businesses, along with fast track spatial and planning permissions for entrepreneurs to supply affordable, healthy food
Comment: This is now on the agenda of the Director of Public Health.

At a regional infrastructure level 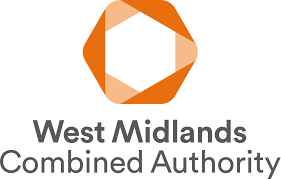 Further comment:
The regional political landscape was redrawn with the set up of the West Midlands Combined Authority. The Mayor, Andy Street, was elected in 2017. We have written three reports for him:

Judging from their current work, it appears food and the food sector is still off-radar for the WMCA.
Their latest Industrial Strategy (May 2019) mentions ‘food and drink’ once on p16, seeing the regional strengths in the sector as “machinery, food and fluid control technology and photonics R&D” [sic].

Their latest Strategic Economic Plan mentions food twice, on page 17 with a reference to “the Dairy Crest Food Innovation Centre co-located with Harper Adams University” and on p39 there is reference to two EPSRC Centres for Innovative Manufacturing at University of Birmingham, one being simply stated as “Food” (the other is for Liquid Metal Engineering). Although none of their ‘priorities’ are about food, their Annual Plan for 2019-2020 does devote p52-55 to “wellbeing” which includes the development and delivery of a childhood obesity strategy to the West Midlands.

We concluded the section of our 2015 Report with the following couple of paragraphs pertinent to the complexity of the food supply chain described in the previous blogpost in this series, The space between farm gate and food outlet.

note: Given the huge risks to our food supply system, we are suggesting in our response to the Call for Evidence that there is a funding body to help socio-political decision-makers ‘see’ as-yet unimagined supply system structures; see #16: A “Future Food Systems UK funding body?

attribution: The photograph above is of The Spirit of Jarrow by Chris Downer: https://commons.wikimedia.org/wiki/File:Jarrow,_the_Spirit_of_Jarrow_-_ .org.uk_-_595991.jpg