We were approached by a serving officer from the Ministry of Defence a couple of days ago. His job is to coordinate food supplies to the  ‘vulnerable’ across the West Midlands, part of the effort described in The Grocer article here.

He wanted information from us about about major food suppliers in the region. We gladly put him into touch with people from key suppliers, plus referred him to the somewhat dated info in Annex C of our briefing note to the GBSLEP. (January 2016)

What should these packages contain? Alas, as the Manchester Evening News reported on 30th March, the Government’s first attempts to distribute food to the vulnerable was greeted by incredulity, if not downright dismay: 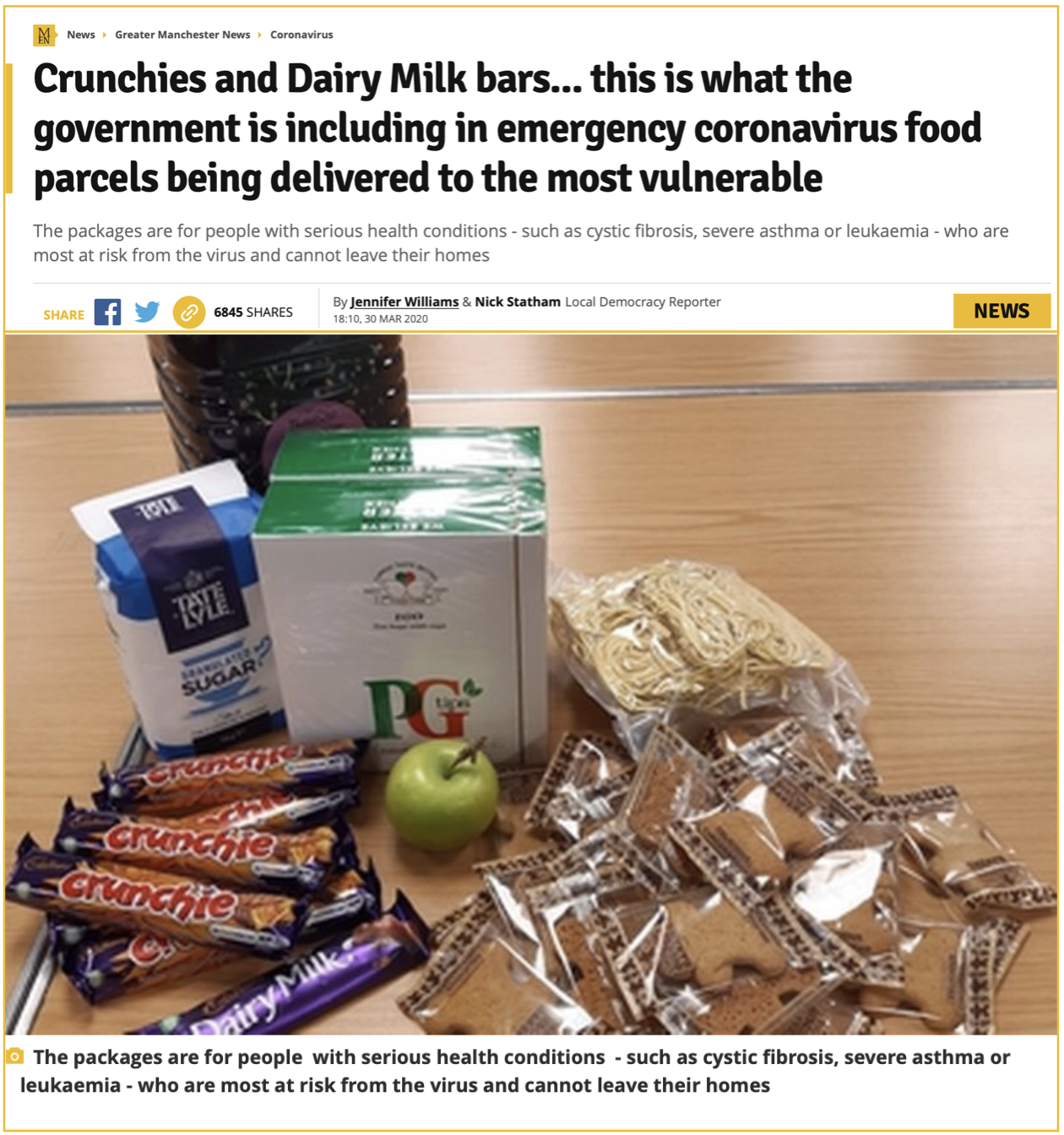 It’s likely this assembly of goods reflects an understandable panic response, a cobbling together of something, anything, including grabbing freebies from confectioners’ marketing budgets and off-loads from hotel and coffee shop chains. To be fair to the Government, they are faced with a huge task. They report here that 1.5M clinically vulnerable people have been advised by the NHS to stay at home for 12 weeks.

Our conversations indicate that the Government has learned from this early mistake.

It’s useful for decision-makers  to recognise why the contents of that early package were so inappropriate. It’s because they contained too much, far too much in the way of ’empty’ calories such as sugar, and the so-called ‘drug-foods’: 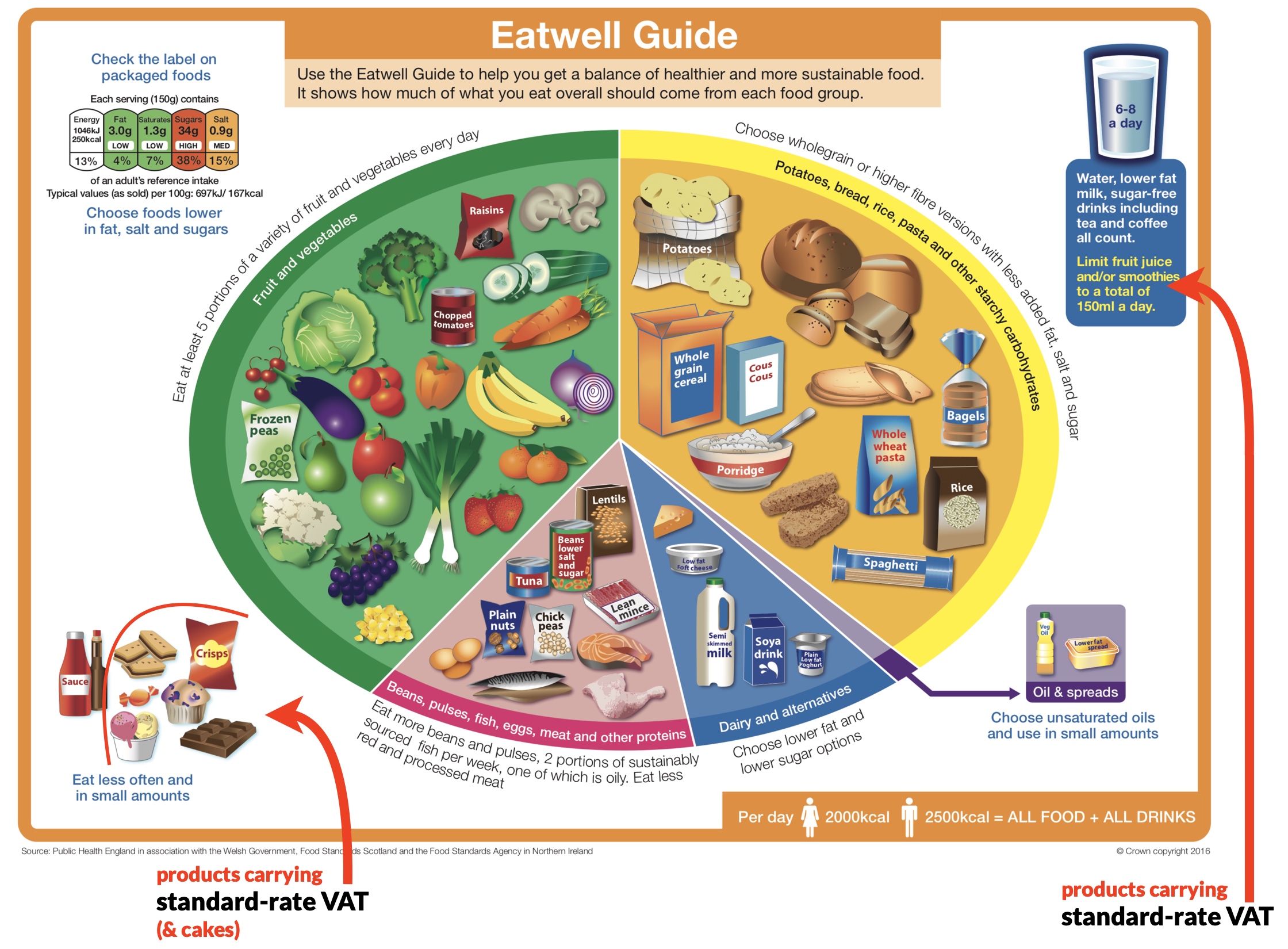 One thought on “Covid-19 commentary: Government food packages should not contain products that carry standard-rate VAT (aka drug foods)”