Regulations exist for a reason. And while the UK has some of the highest food standards in the world, a few will exploit every loophole they see.

Food companies with an ambivalent attitude towards the ethics of good food practice will find themselves with commercial opportunities with this new regulatory environment.

Later on, they’ll find willing listeners among politicians viscerally opposed to what they see as unnecessary red tape in their of lobbying a continuing relaxation or even abolition, a risk compounded if the UK withdraws from the EU regulatory framework.

Unscrupulous organisations, perhaps organised criminals are already using social media to sell unsafe food, as this twitter exchange between @NFCUCrimeFlops and ourselves illustrates. Note, too, that this kind of food crime disproportionately affects the poor — and, as our previous blogpost outlined, there is a rapidly increasing number of people without sufficient income to pay for essentials. 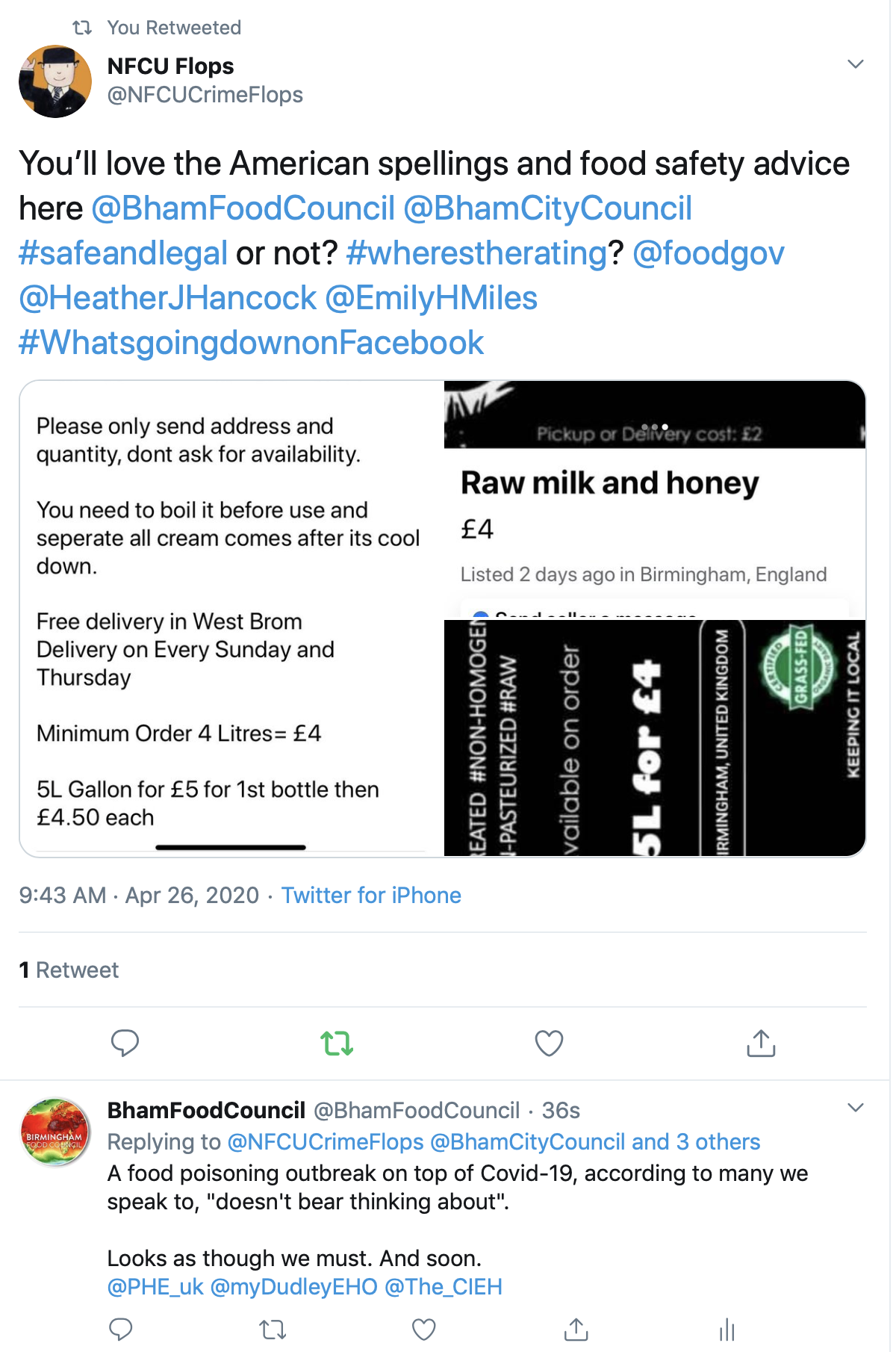 Thus it’s important to the many British companies who produce our food to the highest of standards to know:

Monitoring should include assessment of the following:

Given the pre-Covid-19 cuts in public spending, it seems unlikely that there will be enough Trading Standards and food safety officers to carry out the monitoring necessary. This is a matter of urgent concern for, as we indicated in our reply to @NFCUCrimeFlops tweet above, a food poisoning outbreak on top of Covid-19 . . . doesn’t bear thinking about.