Dairy farmers is serious financial trouble? Top quality truffles at a tenner a kilo? Where has all the flour gone?

Which sector has highest incidence of furloughing staff?. Yes, it’s the accommodation and hospitality sector. And it’s likely many currently furloughed staff will not have a job to return to; in legal firms, it’s the contract and insolvency lawyers who are the busiest.

On 28th March, only a week after the UK went into lockdown, we reported on the rapid reconfiguration of the system happening in real time: Lockdown impacts on impacts on labour and the distribution of fresh produce. 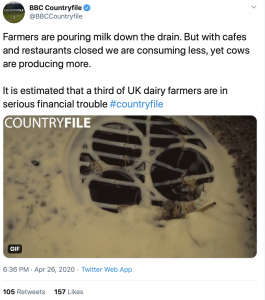 1.1: : Livestock: With the shut down of the hospitality sector, some farms and rural economies suffered immediately as farm gate prices for livestock crashed, and dairy farms had to pour milk down the drain. As a tweet yesterday from @BBCCountryfile says, milk is still being poured away in vast quantities and dairy farmers are in serious financial trouble.

Livestock auctions have remained open, but only for the sale of cull and store animals, and these sales carried out virtually. Dairy and breeding stock still cannot be sold, but farmers still need to feed and look after them at one of the busiest times of year. Farmers are concerned, too, about the availability of (veterinary) medicines as well as cash flow.

On 27th April, Tyson Foods in the US reported that millions of pounds of meat [weight] will disappear from the supply chain, as farmers have nowhere to send their livestock. Was boss John Tyson uttering a portent for the UK with his announcement that The food supply chain is breaking?

1.2: Fruit and veg: The major concern among growers is in the recruitment enough people to plant and harvest the crops. Having inexperienced workers means intensive training and lower productivity. They also need to organise workspaces and work teams so that everyone is safe. In summary:

It looks increasingly likely that, despite all these efforts, there will be severe labour shortage through the UK harvest season. If that happens, at a time of acute shortages of nutritious food for the UK population, fruit and veg will rot, and growers will lose income.

1.3: The plight of tens of thousands of Europe’s migrant workers has been highlighted with border closures and suspicion of infections by host communities adding to other hostilities to them. They are also under increased risk of labour exploitation and modern day slavery here, especially given the relaxation in the UK gangmaster licensing system. This has been recognised by the Government with the publication of this guidance document on 20th April 2020.

1.4: Climate change and the probabilities of more extreme weather events haven’t gone away: The earlier floods  mean many farms are planting late, a few are not able to plant at all. As after the 2012 floods, we can expect more imported agri-products over the coming year. 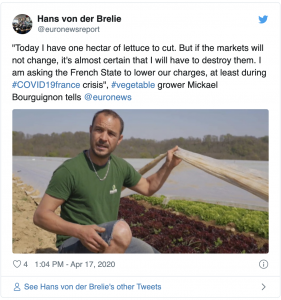 1.5: The need to import: Additionally, there are growing concerns about UK access to supplies of fresh produce from the EU and further afield later in the year. Moreover, EU growers all have similar challenges; see this  24th April Unreported Europe article about French farm producers.

1.6: Brexit without a transition period at the end of June or at the end of the year would be another, potentially catastrophic shock to the food supply system. Growers talking in webinars and podcasts, without a dissenting voice that I’ve heard, are saying  “the Government will see sense”. That is not, however, the message we heard from Cabinet Minister Grant Shapps in the daily Press Conference on 23rd April.

1.7: Employee absences and employee safety: Many businesses initially experienced high levels of absenteeism, as workers self-isolated concerned about having or getting Covid-19. When, however, employers have drawn up robust, effective physical distancing in their facilities, listened to and met their employees’ concerns and, importantly, walked the talk themselves rather than working from home, absences have dropped, sometimes below ‘normal’ rates as workers realise how important their work is to society.

There are some parts of the system, however, where physical distancing is difficult, if not impossible. Some planting and picking jobs require close proximity, and some pack houses are cramped. Employers have devised ‘family’ teams, who always work together and, necessary, live together.

2: Processing and packaging capacity
There’s been a loss of capacity, with businesses folding or being mothballed, many because of the overnight disappearance of demand as the hospitality service sector closed down. I can’t find reliable stats/info about the size of this loss of capacity, which is itself concerning.

3: Logistics, logistics, logistics
As in every emergency or crisis, a critical part of response and recovery is getting the transport and logistics element in place. There are still grave concerns about getting produce into the country. Lockdown means dramatically fewer passengers on ferries and planes. As they also carried vital food supplies in their holds, either these supply routes have stopped, or are rapidly becoming financially unviable; the Government has stepped in with a cash injection to some ferry companies, but will be be enough? 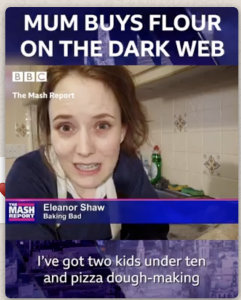 Some products in the food service supply chain are sold below cost (top quality truffles, fine wines, prime cuts of meat), while the retail supply chain is still experiencing shortages of the basics, some caused by yet another change in consumer behaviours.

Flour, for example, has disappeared off many a supermarket shelf as demand exceeds supply. Many people stuck at home now have the time and inclination to make their own dough for bread and pizzas.

4: Who are the winners and the losers at the moment?
The trend as to which food business are doing well, and which are doing badly continues. Whether or not these winners and losers continue on this trend is quite another matter, and one we’ll discuss in another blogpost.

The businesses that are currently flying:

Other supply businesses are doing badly, including

It’s a deeply worrying for the future resilience of the food system that the highest incidences of furloughing in the accommodation and food services sector, and that insolvencies and contract disputes are steeply rising.

*By 17th May, this situation appears to have changed somewhat. This Food Service Footprint article reported 38% of us  confess to snacking more,  citing too, this Obesity Health Alliance Briefing which said that people (particularly young people) are reporting eating  ore discretionary foods, including confectionery, cakes and biscuits and crisps. That said, it’s a mixed picture, with some (a smaller proportion) eating less.

The next blogpost gives two demand side perspectives, one about personal safety, the other about price rises: 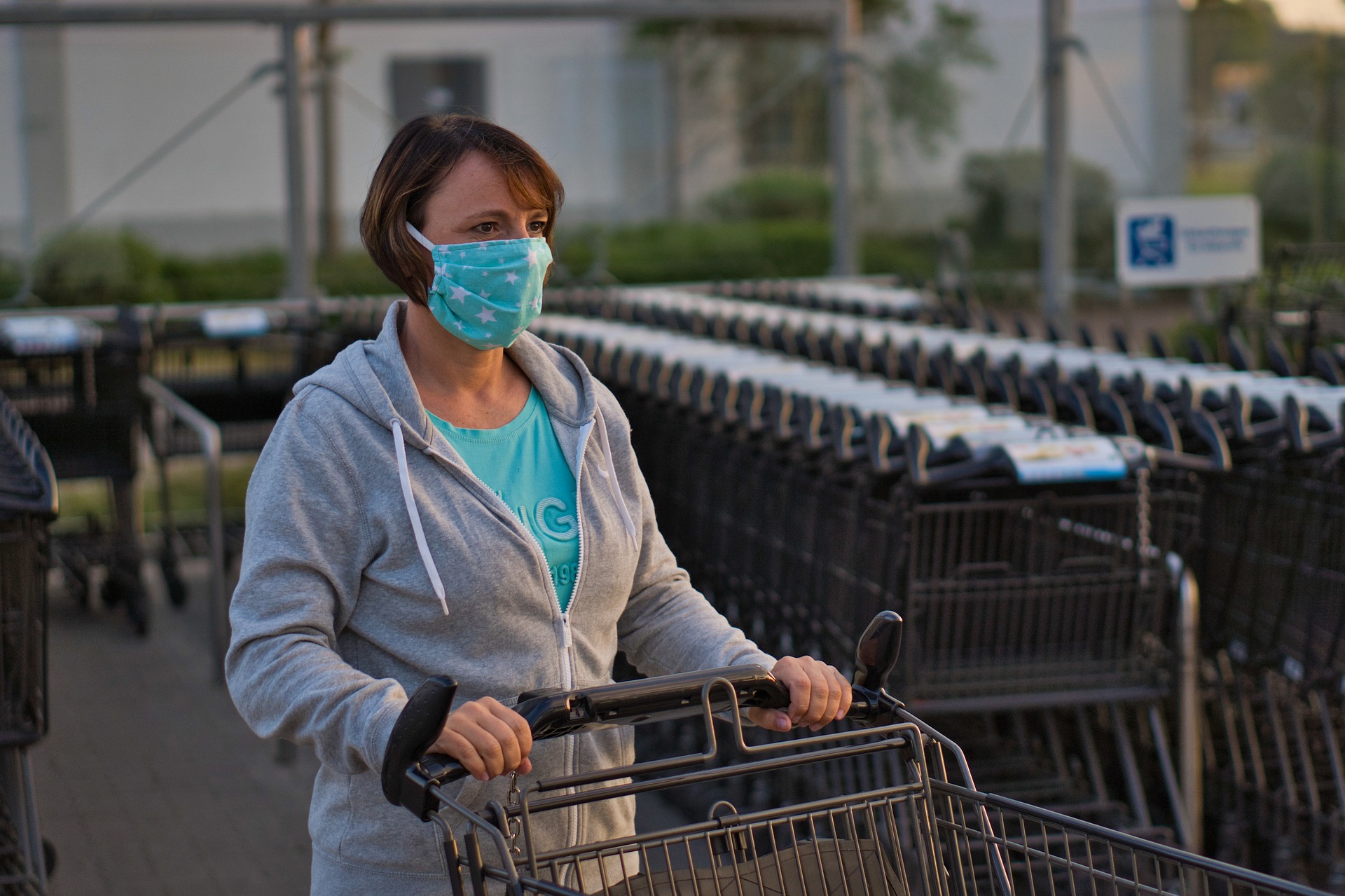