How safe is it for retail staff and their customers? A reported 75% fruit and veg price rise?

The previous blogpost: The food supply system into the second month of lockdown was about the supply. This blogpost is about two important aspects of the shoppers’ experience:

1. Consumer and customer safety
Some supermarkets, but not all, have realised that their staff risk infection, and risk spreading it to customers who themselves may be infected without realising they are.

Infection control by retailers has improved, but there is still some way to go, as this report from a Birmingham shopper relates: 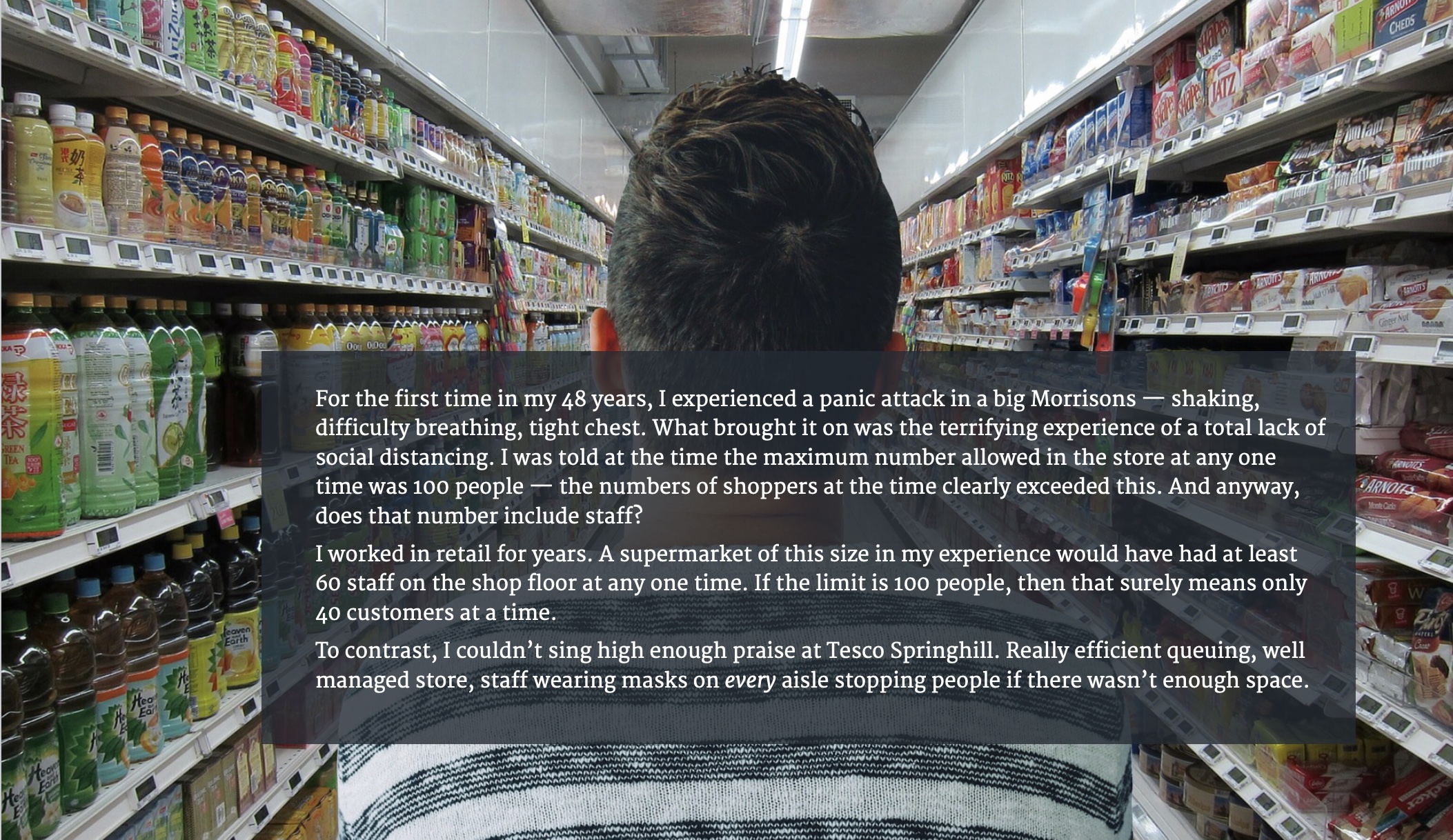 It’s important that the Government and all retail outlets play their part in making food shopping as safe as possible.  Hence the following needs to be in place:

Consumer concern about the possibility of Covid-19 being spread by food products themselves has led to a huge demand in fresh produce being plastic wrapped, even with single plastic use, with its knock-on impact on the environment.

2: Fresh produce price rises . . . finding supplies on to the supermarket shelves
Fruit and vegetables are a vital part of our diet as they provide us with so many of the nutrients we need for a healthy body and mind.

The forces described in the lockdown blogpost of 28th March are still driving fresh produce price rises; the Daily Express on 26th April reported they were due to surge.

Few if any of us in cities, though, have yet to experience the 75% price rise in fresh produce  over the last month as in the story recounted below: 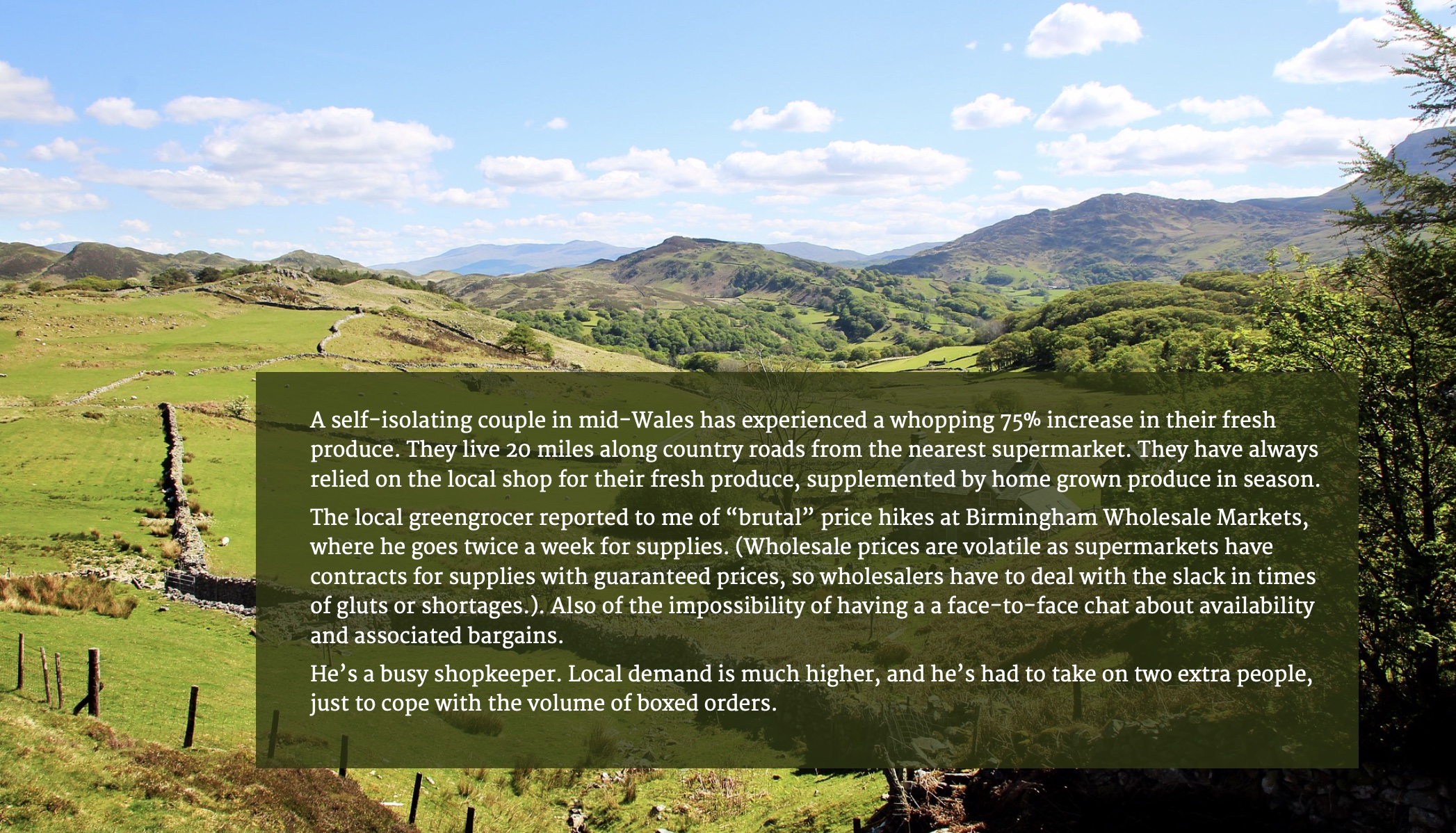 The large retailers are moving into take what they can from other food supply systems. It’s no surprise, therefore that there have also been shortages and associated price rises in the smaller retail outlets including corner shops in urban areas,  farm shops in both peri-urban locations and more rural areas and community shops too, if two submissions to the EFRA Commons Select Committee Call for Evidence from community shops (Hawkchurch and Payhembury Provisions) are anything to go by.

All this adds to the challenge the Government has in fulfilling its obligations under the Rome Declaration, namely that everyone has economic access to sufficient supplies of safe, nutritious food.

The next blogpost is about access issues, and about how food crime preys on the desperate: Millions do not have access to enough food