Pre-Covid, few policy-makers and decision-makers had taken food security seriously. Even fewer were aware of the fragility of the food system, or how powerless local authorities would be to mitigate the effects of food insecurity for so many.

We identified thirteen features of our pre-Covid system that led to this lack of preparedness. All have economic factors at their heart. Of these thirteen, two have caused huge and particular suffering over the last few months:

The most significant reason why so many can’t get enough safe, nutritious food is because they don’t have the money to do so. Given the economic profile of Bimringham’s population, the situation in this city is particularly acute.

The scale of what it take to feed a city means the challenge of doing so is, even at the best of times, insolvable at a local level, despite the heroic efforts by so many during this crisis.

As illustration, Feeding Britain reported that their regional network will have distributed a million meals by the end of June (see Food and coping strategies during the Covid-19 pandemic). 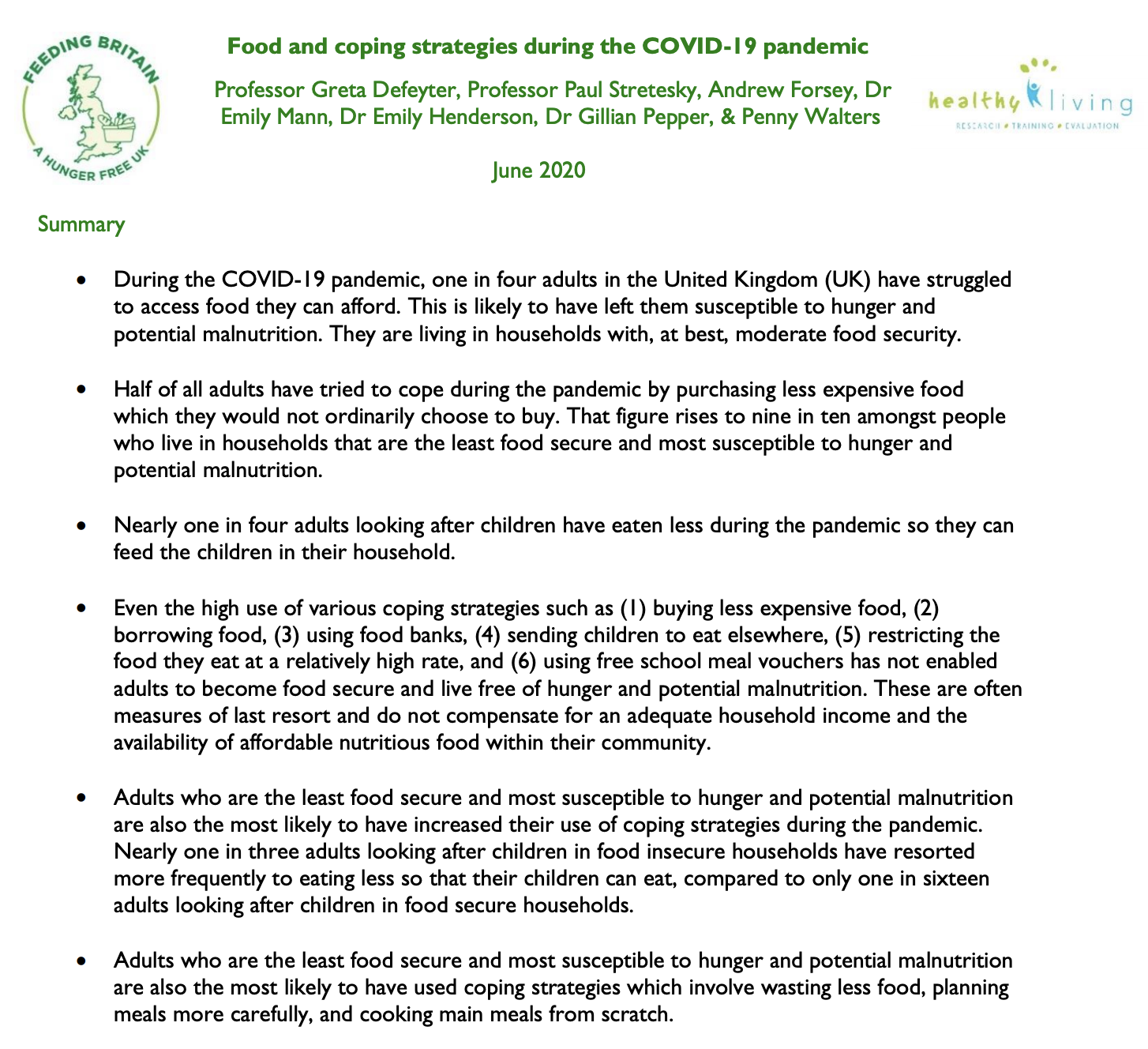 Are we better prepared for the next crisis? Nope. The ravages of Covid-19 have merely shown  up the failures, fragilities and vulnerabilities in the system. And exacerbated many of them.

Another crisis? Possibilities include the effects of post-Brexit trade arrangements, extreme weather events affecting harvests here or overseas, anti-microbial resistance affecting crop pathogens, geopolitics in the face of any or all of the above.Plus, too, when, where and how big new waves of Covid-19 will be.