Nearly 20 years ago, I read an intriguing longitudinal study of ant colonies by a Stanford University Prof, one Deborah Gordon. And yes, her insights are relevant to the decisions we make about our food system.

In brief, lots of ant colonies are set up, most die soon. Yet the few colonies that make it have a life cycle of about 15 years, while its individual ants live only a year.

Why does the colony die?

Tiny start-up colonies aren’t big enough to have the foraging capacity to feed all the individual ants, so some die of starvation, reducing capacity further.

The colonies that mature and live on get the ratio between colony size and foraging capacity good enough to continue into the next year.

But if they get too big, the busy-ness of the ever increasing connectivity between all the ant colony members reduces foraging capacity and the whole edifice comes crashing down.

And the relevance of ants to human organisation?

This screengrab below is from Deborah Gordon’s Stanford webpage. As you read it, have in the back of your mind this statement:

The following two qualitative differences between human and ant colony behaviours matter when it comes to the human colony size—foraging capacity ratio:

Eat local, eat organic: When and where are these statements relevant to UK food supplies?

The framework outlined in the last blogpost is replicated in the infographic below. This version has an additional level of organisation, that of Birmingham as well as UK national and the individual household.

I shall consider how relevant all three are below.

The scale of it all
But before I do, don’t forget the issues of scale required to feed the UK population described in this blogpost, highlighted in this cheery little video:

The UK national level; i.e. decision-making by the Government
The why? question: So everyone living in the UK has access to sufficient supplies of safe, nutritious food.

The (necessarily) complicated how? questions regarding ‘local’ and ‘organic’ at a national level begin to be articulated here — and as you think about these issues, don’t forget the issues of scale required to feed 68m people:

City and household level; i.e. decision-making by Birmingham City Council and thee and me


While the idea of ‘eat local’ is a fashionable trope, it’s irrelevant at a city level, or at a household level in conurbations and towns — indeed, for many households in rural communities.

The human colony size—foraging capacity ratio is, in the case of Birmingham is 1.2m people to zero. And for a household, the capacity is also zero.

Thus there are no complicated how? questions.

Would a community colony size—foraging capacity ratio work in tandem with the national 68 million people-size colony?
The idea of a protected community supply system was put forward by the participants on our scenarios exercise on how a buffer contingency stock system could work; see p5 in our buffer contingency report.

Take a careful look at the replicated version below, and the endnotes below that . . . 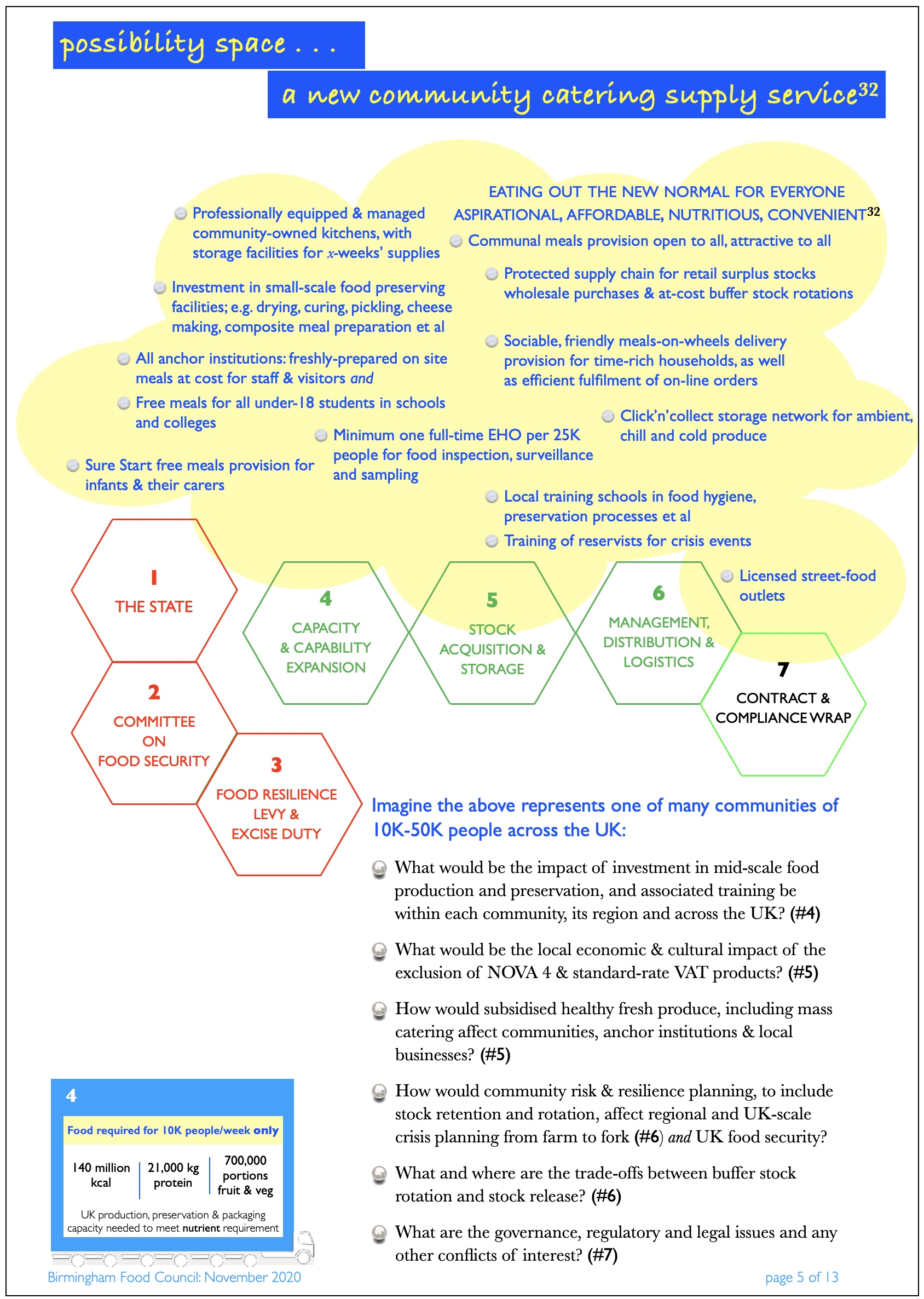 And endnote 32 is this part of the final page of the report: 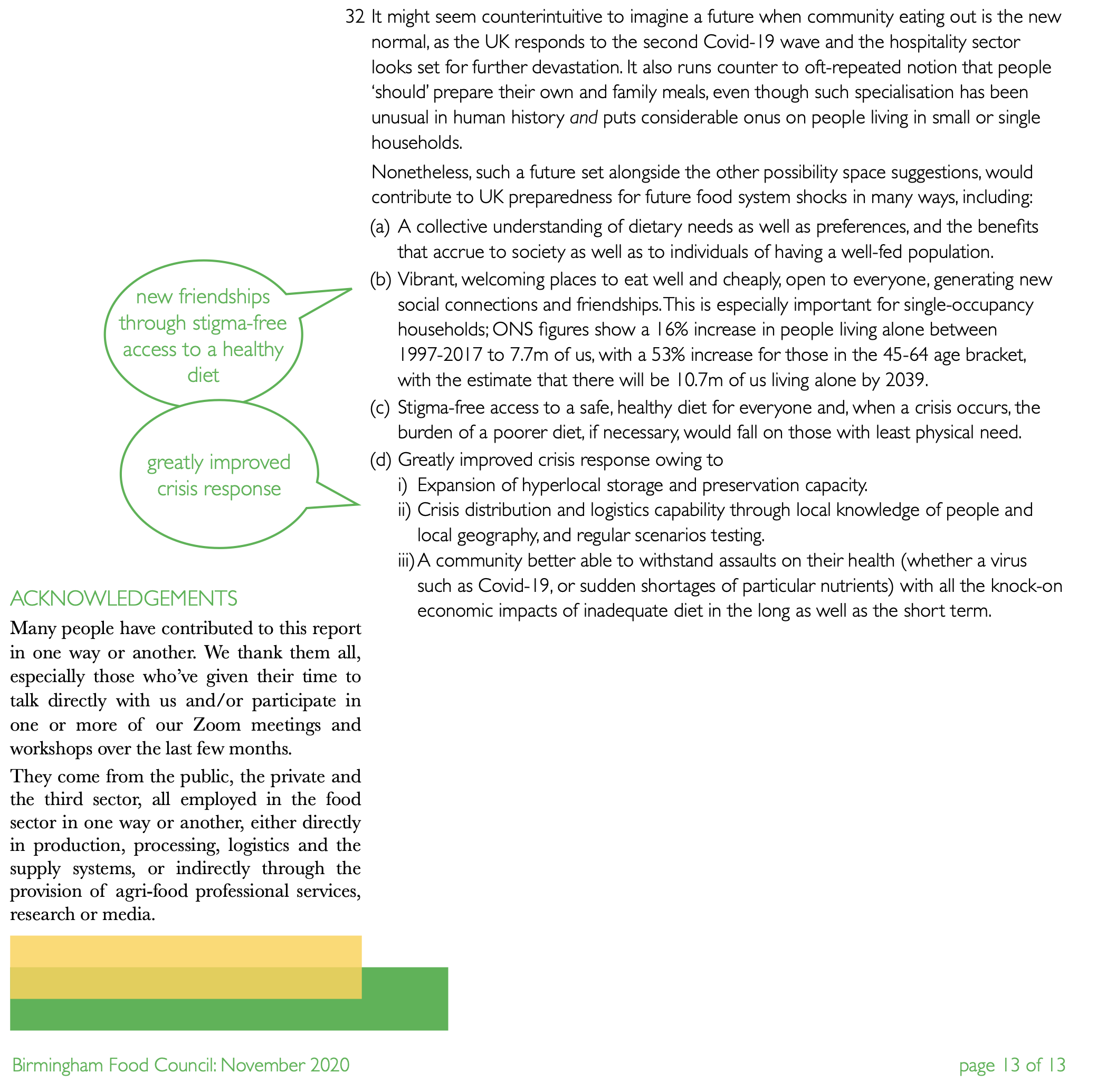 Now frame in your head the series of complicated how? questions necessary to make it happen in terms of Deborah Gordon’s three how-questions about collective behavior above,

* Ratios give simple answers to complicated questions; see the last blogpost: Our food system is failing — and it’s about the get dramatically worse. And I have written about the usefulness of ratios to help control a complex adaptive system before, here and here.

** In the previous blogpost, I wrote this:

Decision-making within a complex system:

note: There’s a useful adage: Questions should be complicated and answers simple about how to navigate within a complex system, as outlined in this blogpost. 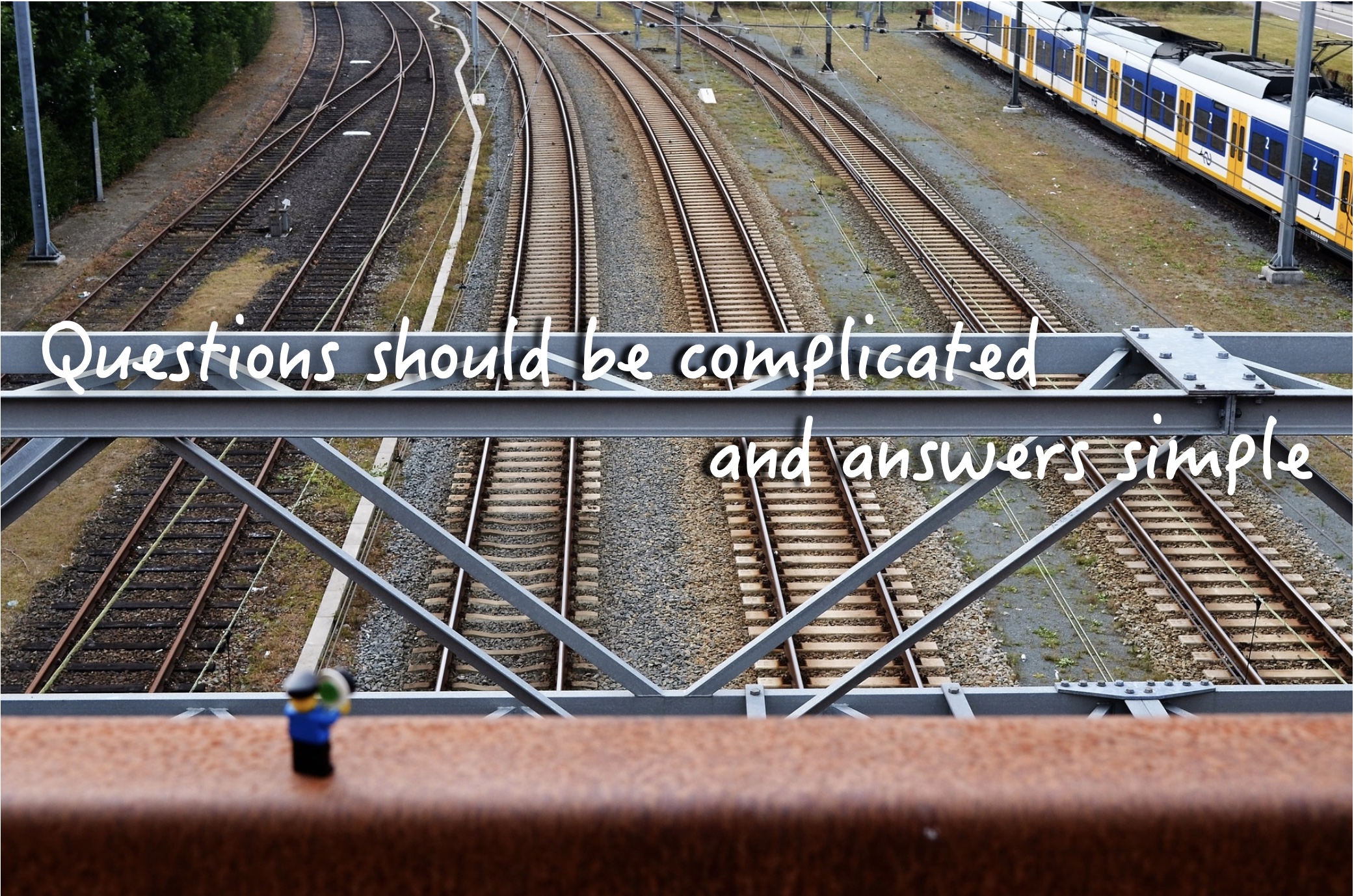 2 thoughts on “Eat local, eat organic: When and where are these statements relevant to UK food supplies?”