This blogpost is about West Midlands Combined Authority-level decision-making and its relevance to food security and resilience matters. In our assessment, this is the most important question they should be asking:

What are their plans on how to respond to future food system shocks?

In our Report, One Scenario about how the UK could be better prepared for future food system shocks, Annex One listed known threats to the system, and is replicated at the bottom of this blogpost along with notes on  known unknowns and blindspots. Nonetheless, to our knowledge, there is still no risk and resilience planning regarding food supplies at a national, regional or city level. Moreover, among other matters, our One Scenario Report identified the UK’s worryingly limited capacity and capability in food preservation, processing and storage — surely an opportunity for the West Midlands given its location?

What follows are four questions about today’s food supply system which we hope they are also asking:

(1) How many are going without?

(2) What could and should be their response to the causes of so many people going without?

(3) Where does food safety, assurance and integrity fit into the WMCA strategy?

(4) What actions are they planning to take against companies that make and promote drug-foods?

Given all of the above, what is their current thinking and approach? What questions have they asked? This is what we’ve gleaned from their website:

There are three other specific issues with (what appears to be) the WMCA approach to citizens’ access to sufficient supplies of safe, nutritious food during the pandemic and beyond:

The role of the Midlands Engine Observatory
We couldn’t find any information on the Observatory website about the food or food supplies, nor in this October 2020 presentation of their work.

We look forward to seeing what they will  be doing regarding the food system. 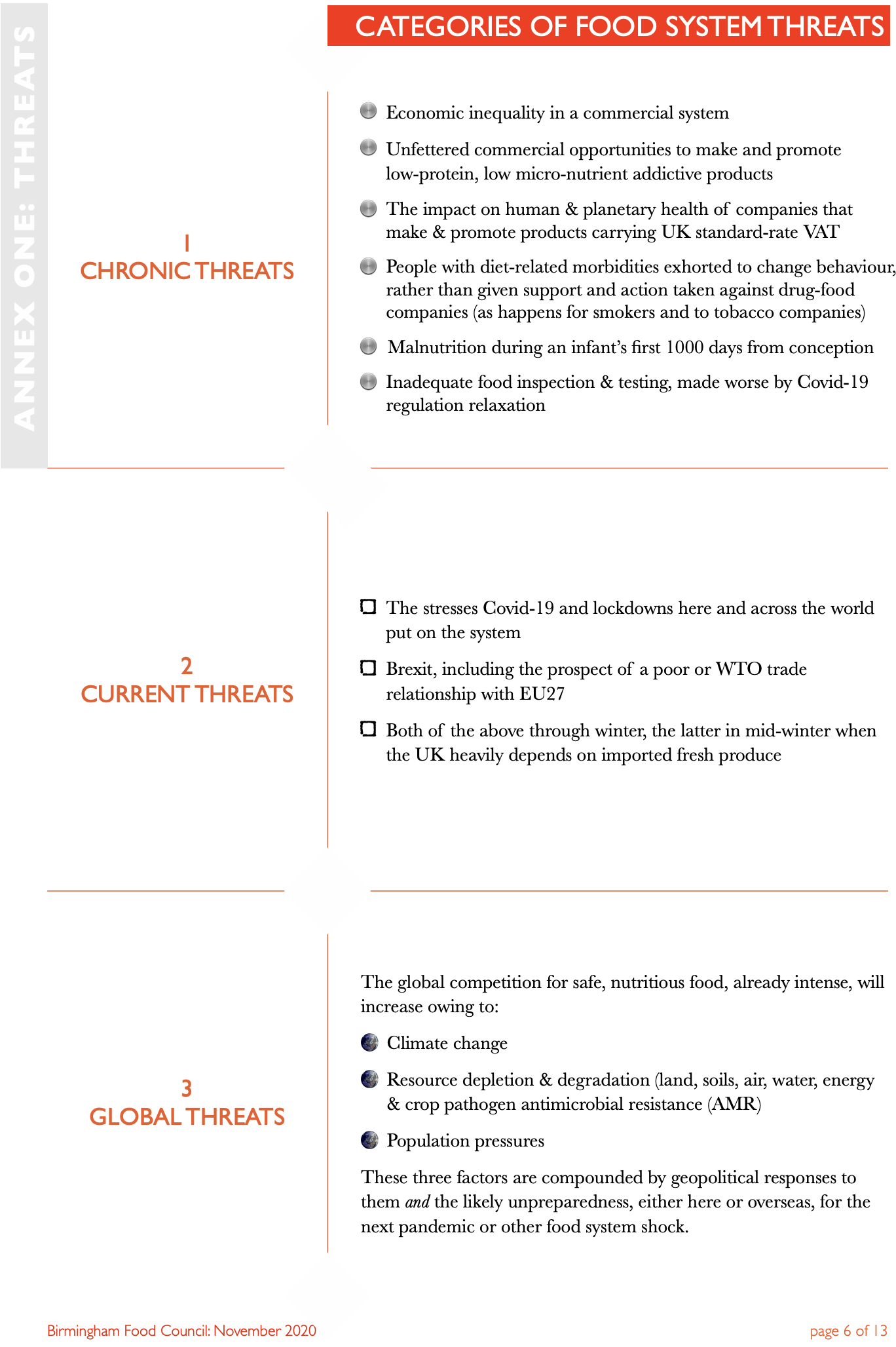 Other threats: Known unknowns and blindspots
If the list above were not enough, there are other threats which are difficult to chart or ‘see’, such as large-scale crop infestation,, or a big volcanic eruption, earthquake, or other emergency, let alone what we can’t yet imagine. Any such event could have significant if not devastating impact on global and well as harvest yields.