During the 1840s, over a million people in Ireland and Scotland starved to death, millions more fled, most to the US or Canada.

A surprising number of people living in England today aren’t aware of how many died of starvation within the British Isles during the life time of my great-grandparents; unsurprisingly, this is not so for the Scots or the Irish.

And there are many more recent deaths owing to famines urther afield, some within the lifetime of many people now living in the UK today.

Hunger has been part of the human condition for everyone until comparatively recently. Might this return? Do you know what threatens our food supplies here in the UK now; i.e. why there is so much talk of the need for ‘food system transformation‘?

Did you know the UK imports nearly 50% of the food we eat, more when local harvests are poor? And on that note, Defra statistics show the 2020 UK wheat yield was down 40% on that of 2019, owing to extreme weather conditions, sodden soils at planting time followed by drought.
___ 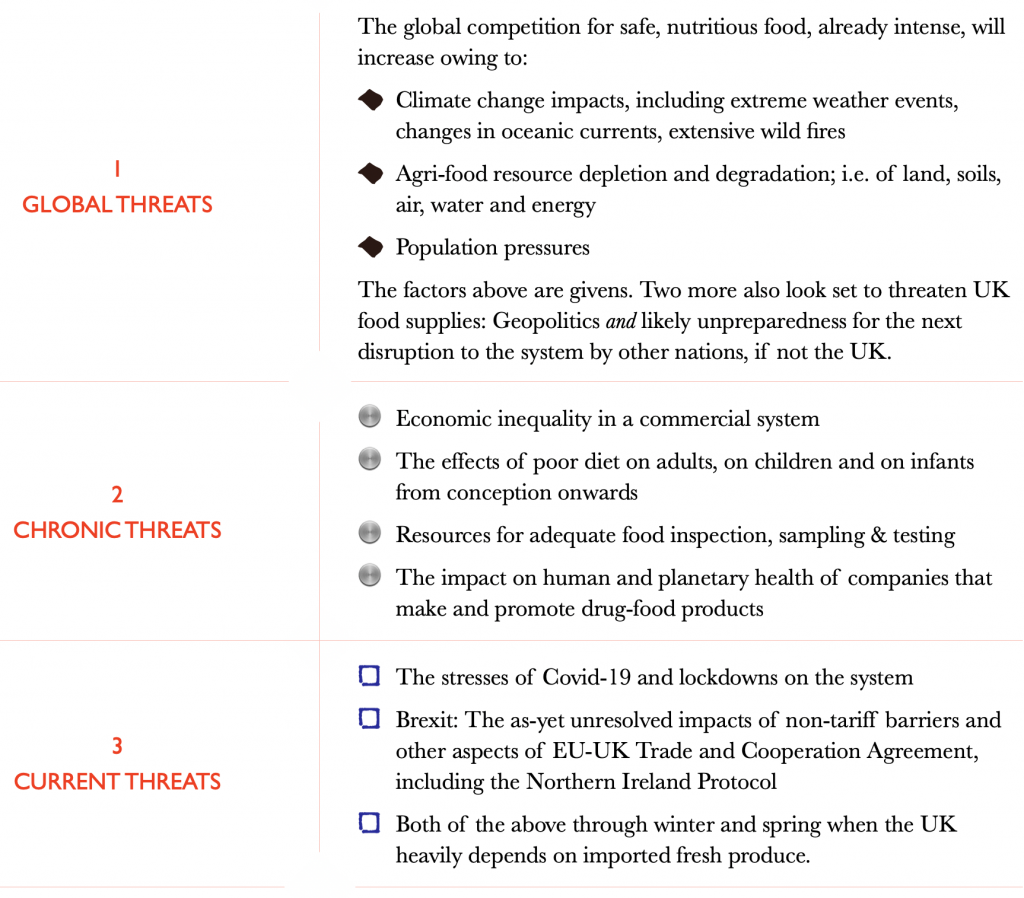 There are also known-unknowns and blindspots
If the list above weren’t enough, there are other threats which are difficult to chart or ‘see’, such as large-scale  crop infestation [1], or  a big volcanic eruption [2], earthquake or other emergency [3], let alone what we can’t yet imagine. Any such event could have significant if not devastating impact on global harvest yields.

How can the UK be better prepared for future system shocks?
We ran a scenarios project last year from mid-June onwards, Our report on this project was published in November 2020: One Scenario: Buffer contingency food stocks.

In summary, the number and range of severe threats on the global agri-food system mean: