The peak “hungry months” are now, that is February to April, when stored autumn harvests of carrots, onions and the like have been used up and it’ll be May before fresh produce harvesting begins again.

Other than a few late raspberries in November, no fruit can be harvested if grown outside between November and April; see this Royal Horticultural Society (RHS) Fruit Production Chart.

The table below*  lists the vegetables that can be grown outside here: 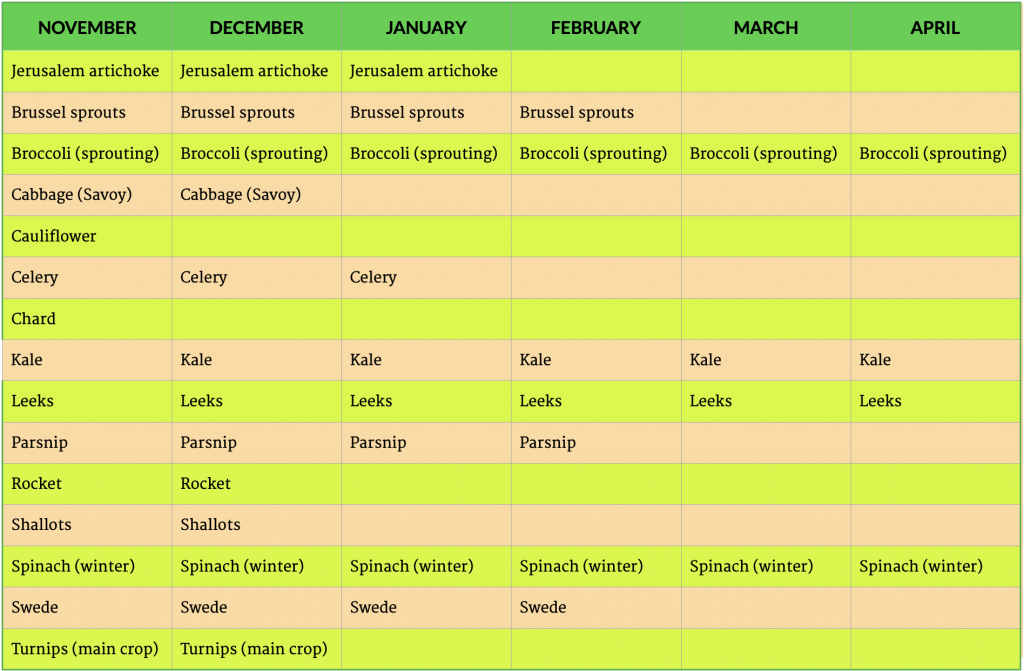 And all this is in the context of rapidly changing weather patterns, increasingly scarce agri-resources of land, soils and water, plus the sudden upheaval in our trading relationships because of the Brexit the UK Government has negotiated.

British exports to the EU, and Northern Ireland (because of the Protocol in operation) are inevitably hitting tariff and non-tariff barriers. Of different but significant concern are imports into the UK which currently are being allowed in without any barriers or inspections. This is not only an open invitation to criminals, but also creates price differentials disadvantageous to UK agri-producers.

*I’ve gleaned this info from various sources. As I’m not a gardener, I may have missed produce, or got things wrong a tad — let me know, and I’ll gladly make amendments.