This is our final blogpost in a series of three, giving a retrospective look at the horizon scanning project we undertook in 2017.

In the previous two blogposts about predictions for 2021-23, and for 2024-30, I’ve moved quickly to the table of drivers, threats and opportunities. But here I’m asking you first to look at the rather dull, unremarkable image at the top of the page.

It came from this tweet by Alan Matthews on 3rd March 2018, exactly five months after an horizon scanning dinner discussion with leaders from across the food sector and the agri-food research community — and less than two months from the beginning of the 2018 summer heatwave in Britain, a heatwave that covered much of the northern hemisphere throughout that summer.

I pondered what featured image to use. I could’ve chosen pictures of people living in dusty desert camps, or some businessman wading chest deep in the Manila floods, his briefcase held above his head. Or locusts guzzling their way through crops.

I chose something closer to home. Less dramatic, sure. But shocking nonetheless, as Professor Alan Matthews says. Especially given what began a couple of months later.

And now for the table, summarising how participants saw a longer-term future, from 2030 to 2050. How much of what we saw then is already happening?

And what did we miss? 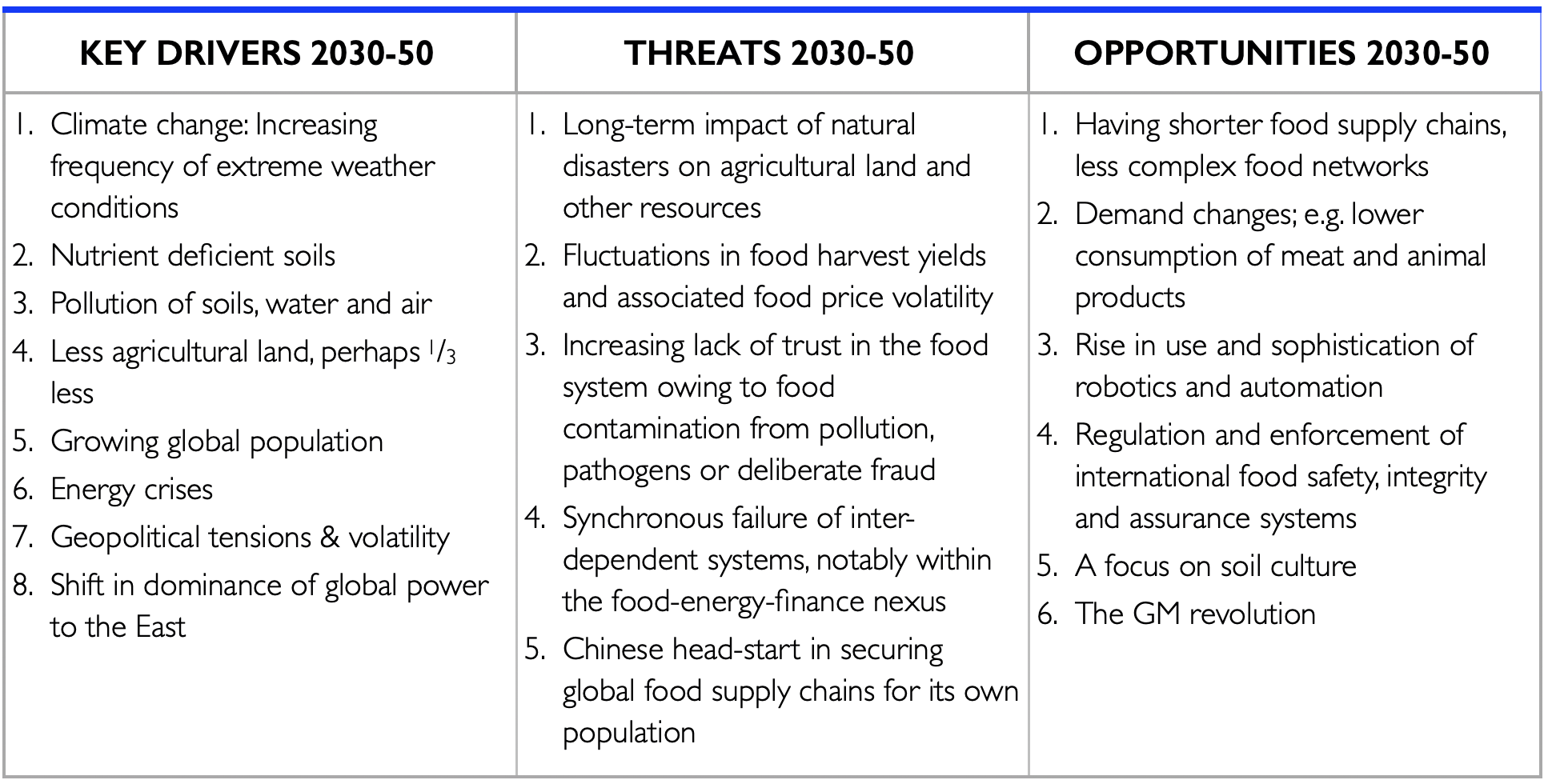 Yes, we gravely underestimated the pace of change facing us.

And what’s the evidence for this? An indicator is to take a look at this report from the UK Global Food Security Programme, published in January 2017, ten months before that dinner date: Environmental tipping points and food system dynamics.

The authors put forward five existing or plausible case studies, listed here with my comment below each one:

The first blogpost in this series is about our predictions for 2021-23.