Nearly all of us are utterly naff when it comes to working with large numbers — as I so ably demonstrated, though didn’t realise in the moment in my talk to the Lunar Society.

That duh-me episode is for later. Meanwhile, here’s a cheery little video about a (numerically) big subject about how many apples it takes for everyone in the UK to follow the doctor’s advice:

If everyone in the UK has an apple a day, over 24 billion are consumed.

To be more precise, it’s fifty three and a half million apples more than that . . . But what’s 53 million-plus between us all?

When a population needs food, it’s these huge quantities that we need. But what’s the difference between a million, a billion or a trillion?

We can’t compute these huge numbers. As we have a far better handle on units of time, it’s useful to calculate how long a million seconds is, a billion seconds and a trillion seconds: (1) (2)

A staggering nearly 92 thousand years’ worth. (fwiw: Compare 12 days ago to the mid-13th century, King Stephen & Henry II and all, to the early Stone Age.)

Returning to figures that we can compute: We’ve all heard the official guidance for five-a-day portions of fruit and veg. Evidence tells us, however, that the ideal diet consists of ten-a-day, with more veg than fruit. 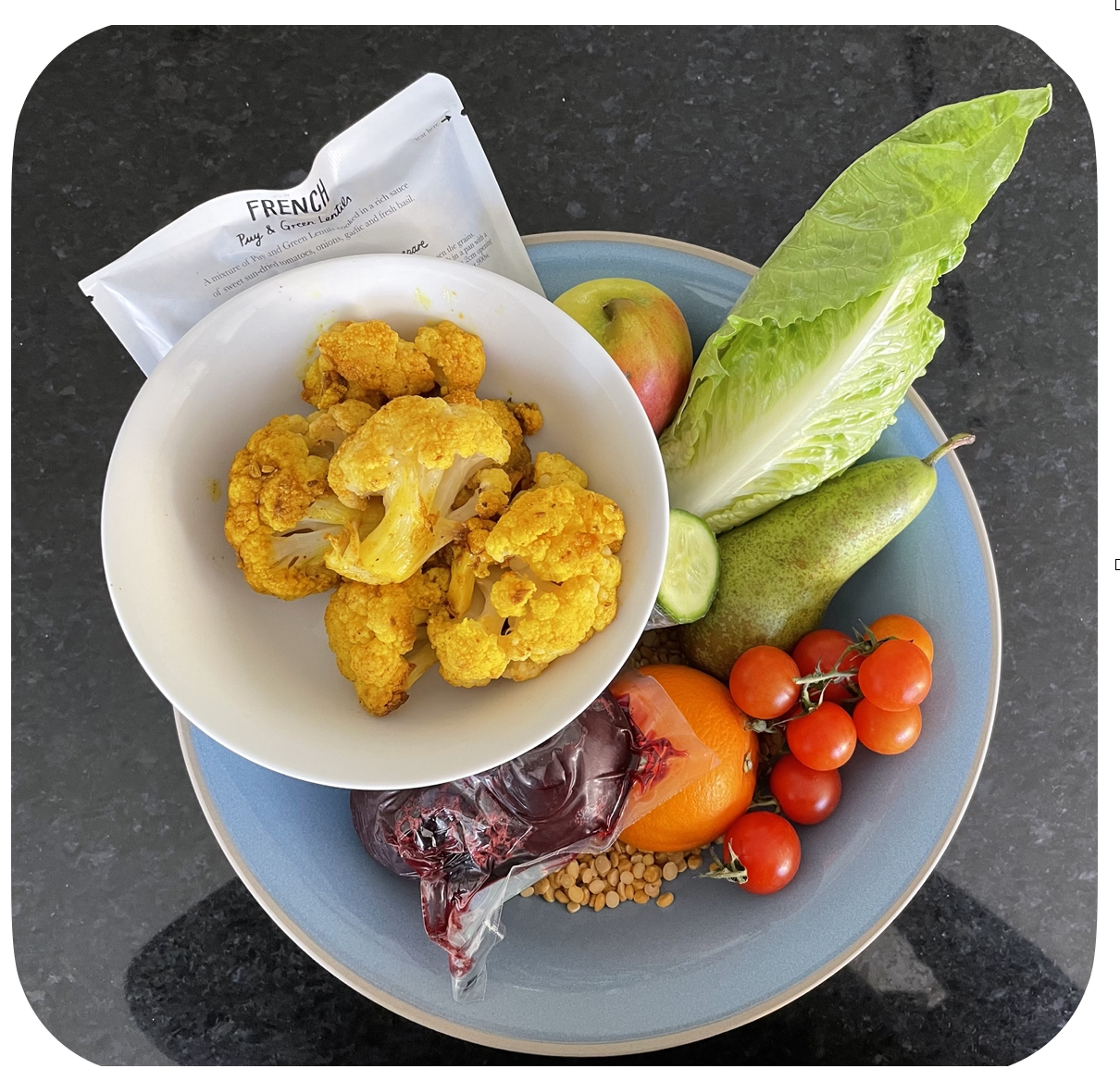 Imagine this quantity of fresh produce — and its cost, for a family of four. Forty portions. Every day.

Nonetheless, this is the diet that everyone in the UK needs for an active and healthy life.

Even the recommended five-a-day for a family of four is 20 portions a day, or 140 a week. If nowt else, that’s expensive..

fwiw: I’ve yet to meet a child who won’t eat lots of fruit and veg. It’s got to be good stuff, sure, but they do. May need weaning off the addictive non-food products and have economic access to what they need, sure. But all that’s a whole other bag of ferrets.

Question from CB: A reflection more than a question . . . of your 10-a-day in the bowl, how many are seasonally available in the UK in the present time?

But the scale of what we need means

Question from ST: How can we move away from industrialised food production?

Response: We can’t. And shouldn’t. The numbers above tell us we have to have our food produced at an industrial scale.

What we produce is another matter.

Comment from RT: I think urban agriculture with small farms and allotments and gardens are going to be increasing important . . .

Response: Nope. Such endeavours ignore the scale issue at the heart of this blogpost.

People down the ages have abandoned subsistence food production for many reasons, including the hard labour involved, and the knowledge that it can so easily lead to destitution, even famine.

Factors such soil depth and quality, water supplies, labour, other costs, produce preservation, storage and distribution aren’t mentioned. Nor that UK terrain and climate puts limits on what can be grown here. Even with substantial technological investment, our ‘hungry months’ are still from November through to May.

See also this blogpost: Why talk of grow-your-own (GYO) is irrelevant and unhelpful.

Nor that the demand for food by the millions of us here, let alone across the world, can only be met by economies of scale at every level within the food supply system.

Our food supplies are facing huge threats. We need to help decision-makers and influencers make the realistic preparations necessary to the inevitable shortages and scarcities many  more of us will be facing all too soon. Talk of GYO and urban agriculture takes energy and attention away from this.

See this later blogpost on how the UK can be better prepared for the crises ahead.

Further comment from RT: I think we have to take on board the effects that climate change will have over the coming years, to me anything other than an increased focus on local supply of most of the essentials is a mistake.

Response: Yup, climate change will, hugely impact food supplies everywhere. And there are other huge risks too, as outlined here: The state we’re in: Risks to UK food supplies.

Depending on ‘local supply’ (if you mean UK supply) of ‘most of the essentials’ is a potentially dangerous path, even if it were possible given our climate and terrain. What if harvests fail?

Given our climate and terrain: As Ed Salt said before recording this podcast interview with us, this country is ‘good for growing grass’. It is indeed, especially where he runs Delamere Dairy near Knutsford. Not so good for oranges . . . !

If you mean more local than that, e.g. the surrounding shires to supply the West Midlands conurbation, as has been seriously (!) suggested by a senior local council officer, that’s an impossibility:

See the second section of this blogpost: Food System Transformation #8: The geometry of the box (we need to think out of).

It’s a moot point, though, how much the UK should depend on imported produce, and what produce, especially given the increasing competition for safe, nutritious food.

See also my response to CB above.

Comment from MA: I feel there is a need for an increase in local farming and supply.

Response: See my responses to RT above.

added note: It’s also important, in my book, too, that we have serious conversations about what we use our increasingly scarce natural resource s for.

(1) I burbled on about a million seconds being 12 years. JD kindly texted later to say my glaring mistake was evidence of the challenges humans have about number . . .

(2) This image is of @Rainmaker73: https://www.diffen.com/difference/Billion_vs_Million?

This is the ninth blogpost in the Lunar Society series, others all listed in this link: Food security: Is the UK already in crisis?