In this blogpost about the Government White Paper, we analyse what it sets out to do. In so doing, we’ve also identified what it doesn’t cover.

For a start, it doesn’t have an aim. At all.

We began by searching the document itself for references to elements within an updated version of our function map (1) (2).

On the basis of what we found, we’ve produced this info-graphic: 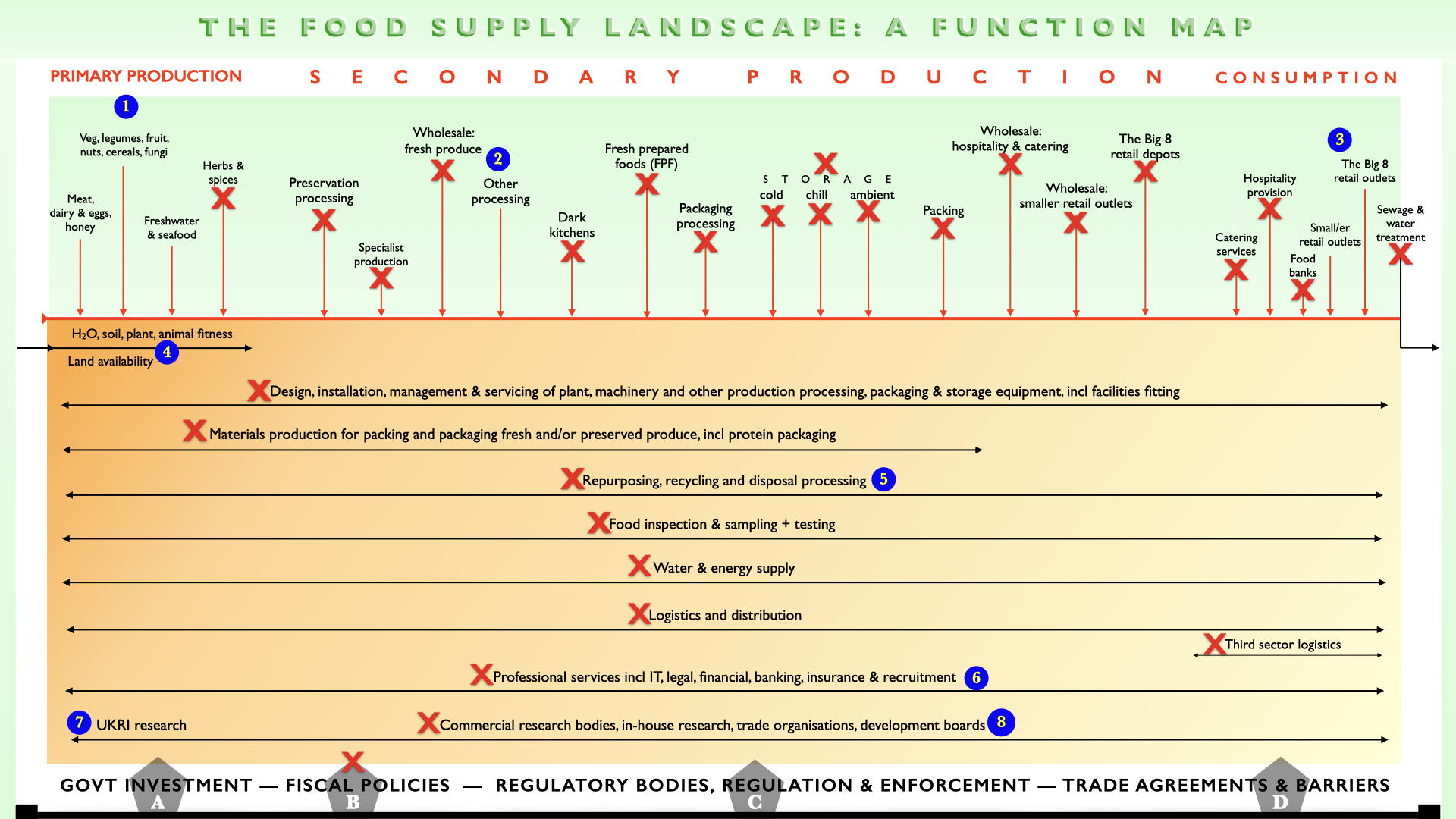 The green upper third of the infographic refers to the food system from its origins on a farm (primary production) through secondary production to the point of sale.

Everything below the red line in the orange part of the infographic, are all the services and processes that underpin out food supplies.

Underpinning the whole system is the function of the Government, through investment, fiscal policies, regulation & enforcement and trade agreements & barriers to trade — marked here as white letters, A to D, on grey pentagons.

The red-Xs indicate a function that doesn’t feature in the White Paper — note that ‘fiscal policies’ are, remarkably, not mentioned. (The word ‘taxpayer’ is, three times; [Soft Drinks] ‘levy’, once, ‘excise’ or ‘duty’, not at all.)

The eight items in blue circles are mentioned.

Where there’s a red-X and a blue circle, that means part of it is mentioned; #5 is about LAs planning weekly collections of food waste, #6 is about seasonal labour and #8 has items about the development boards.

(1) An animated version of an earlier version of this function map is here.

(2) For those of you who like a bit of theory, there’s more about the concept behind it here.