The Government White Paper on food security has been heavily criticised by many.

Notably, on the day it was published, Lord Deben in the House of Lords was scathing, saying it is not actually a food strategy [ ] it doesn’t address the fundamental issues [ ] it has vague promises and partial answers . . . 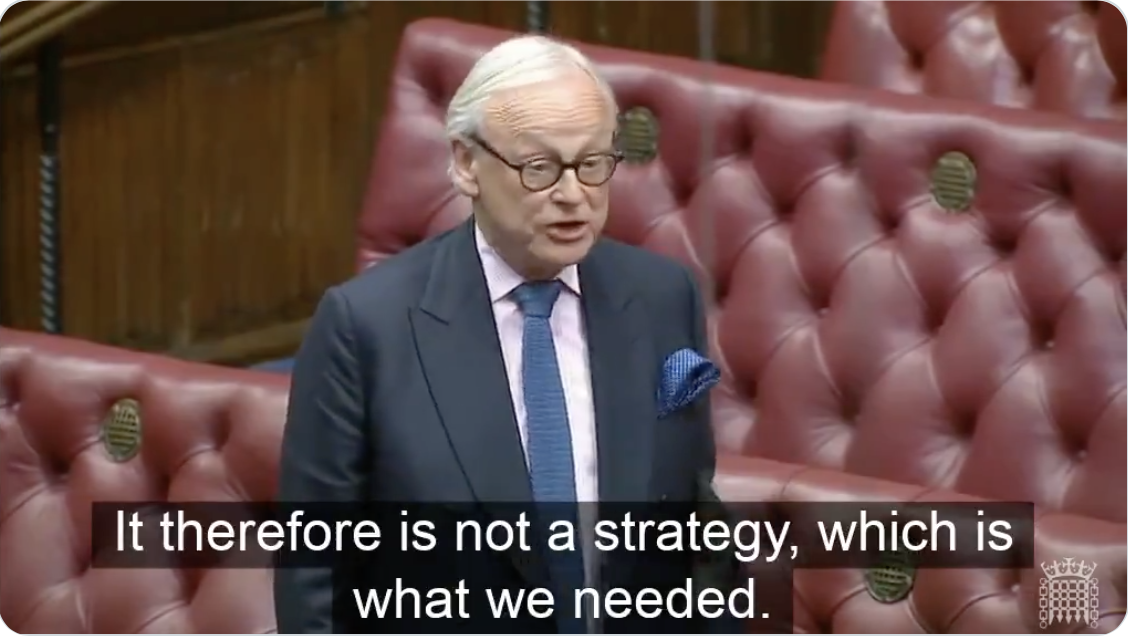 Professor Chris Elliott in his article Government food strategy: A strategy without a plan in New Food, said it was just words, with skewed statistics, summing it up as a tragedy of Shakespearean proportions.

Nick Hughes’ article Food strategy fails to meet the scale of the challenge in Footprint, saying at the outset In his foreword, environment secretary George Eustice writes that “through this strategy, we are setting out long-term measures to support a food system that offers access to healthy and sustainable food for all”. In reality, it does no such thing.

The BBC Food Programme asked: Have we got a Government food strategy: The Food Strategy: Is there one?

The Committee on Climate Change stated that “the Government’s food strategy ‘a missed opportunity’ for climate change”, specifically criticising their policies regarding diets, sustainable farming and land use.

Compared to Dimbleby’s National Food Strategy Plan, woeful though it was, this White Paper looked set to disappear without trace — and that was before the political vacuum created by Johnson’s resignation earlier today.