The impact on our health, especially the long-terms benefits for our kids, would be massive.

It’d also have a big impact on the environment as less of the world’s increasingly scarce agri-food resources (land, soils, water, energy) would be used in their manufacture and distribution.

How, though, could it be achieved?

There’s a precedent. Action taken against the tobacco companies has led to a sharp reduction in smoking, some 70% fewer smokers in most countries over the last 30 years. (1) (2)

We have a precise means to identify companies that make and promote confectionery, crisps, fizzy drinks and the like

There are notable exceptions. Products that carry standard-rate VAT are the so-called ‘drug-foods’ — which include addictive confectionery, crisps and fizzy drinks. (3) (4)

And the makers and promoters of these products could be treated as we do tobacco or booze companies.

So far the effort against obesity is (i) either exhortations behave differently or (ii) gestures to limit the advertising or placement of particular types of (often ill-defined) products, such as sugary drinks,(5) (6) and HFSS, aka products high in fat, sugar and salt. (7)

It’s far-fetched to suppose these measures will make much, if any difference to human or planetary health.

(1) Dai X, Gakidou E, Lopez AD: Evolution of the global smoking epidemic over the past half century: strengthening the evidence base for policy action BMJ Journal articles Tobacco Control 2022;31:129-137.

(2) See Chapter 8, page 16 of the 2018 Annual Report of the Chief Medical Officer in which she explains it took action against the tobacco companies along with interventions at a population level (e.g. smoking bans, health messaging including on packaging); see relevant paragraphs replicated below these citations.

(4) Here’s why: In 1940 when the British Isles were under a German blockade,  the Government introduced Purchase Tax. Everything was taxed at 33.3%,  except essentials. As food is essential, it was zero-rated, as it is today. But there are exceptions, products that aren’t essential, but in 1940, deemed ‘luxuries’. They are the so-called ‘drug-foods’;ii.e. sugar and sweeteners, cocoa,/chocolate, caffeine and alcohol, also savoury snacks such as crisps which are deigned to be more-ish (texture, salt, plus often, umami which fools our taste buds (but not our stomachs!) that we’re eating protein.

(5) Unlike the States which took action on ‘soda drinks’, the UK went down the sugar route. As a result, ‘low’ drinks emerged, with artificial sweeteners which have their own health issues, and some companies upping the caffeine in their drinks to ensure their addictive quality. Besides which, fizziness is the bane of dentists. Plus, the production of all canned or bottled drinks uses up vast quantities of water, energy and packaging materials.

(6) It’s been estimated that, in 2012, the global water consumption in Coca Cola products was more than that used for the daily requirements of 2 billion people; see page 4 of this 2015 report: Coca Cola & its effects on us and the city.

(7) On 1st October 2022, new regulations came into effect via statutory instrument to limit HFSS or ‘less healthy’ products being advertised to children, and from being placed in key locations such as store entrances, aisle ends and checkout (and their on-line equivalents); see this FDF one-pager summary for their members. 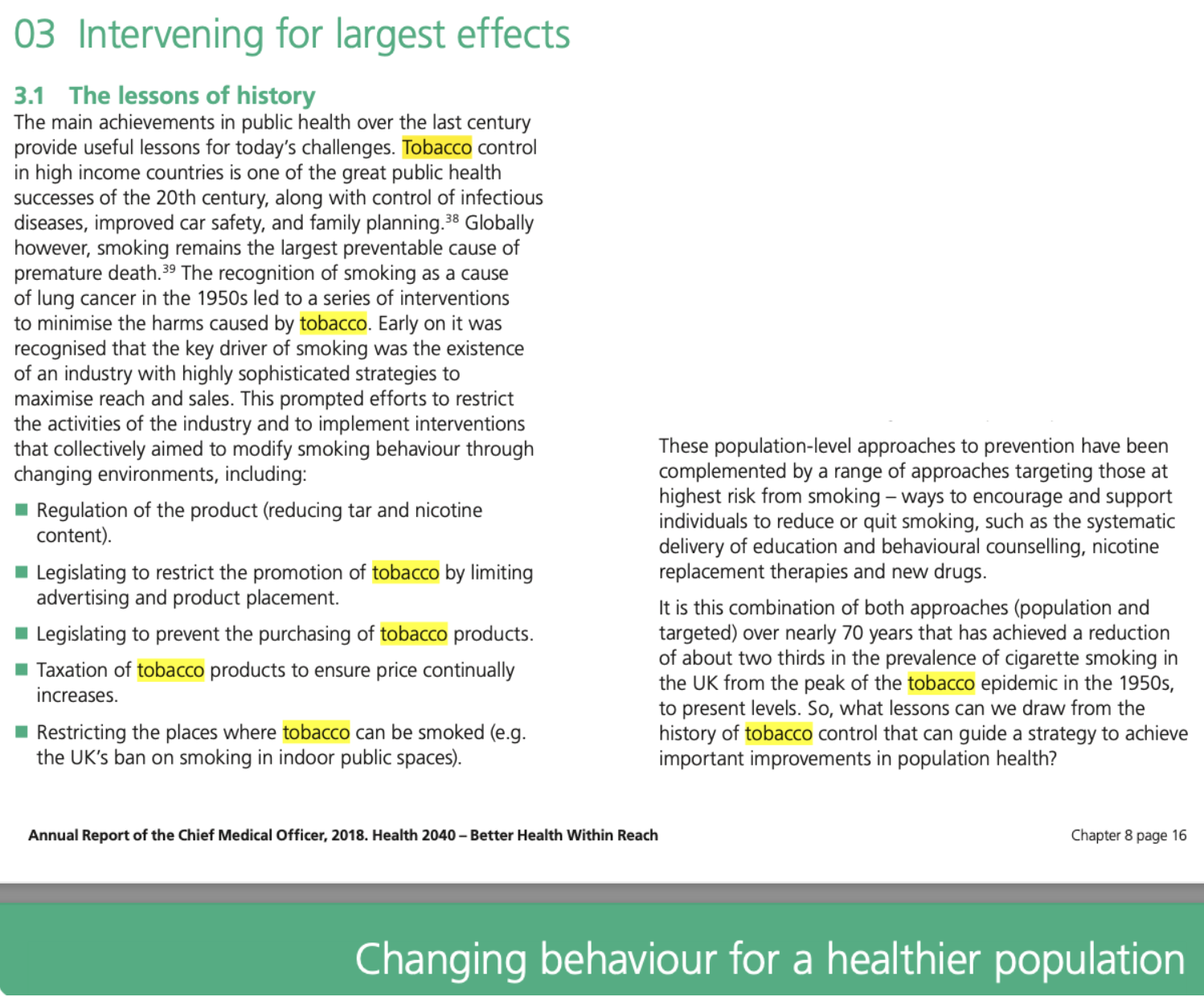