In it, Professor Bill McGuire makes this statement (22:28), in response to Amol’s point that we can’t get to ‘real’ [cf net] zero as the entire modern economy is built on fossil fuel extraction:

“I would like to look at what happened to the United States economy after Pearl Harbour in 1941, where, within a year, they completely transformed their economy from a peacetime footing to a wear footing. Well, we need a war footing. That’s what we need to do to get as close to zero as possible.”

Way back in 2016, the then UN Secretary General, Ban Ki Moon declared we needed a ‘food system transformation’ in order to meet their target of ‘zero hunger’.

In 2017-18, we undertook an horizon scanning project. We were deeply concerned by our findings. Without radical and immediate action, hunger and widespread famine, if not our own extinction, looked likely.

These concerns drove us to devise the first iteration of The Game as a means to get socio-political decision-makers see the perils we’re facing.

As part of our research for The Game, we published this report in January 2019: Global Risks to UK food supplies.

We also compiled this blogpost series on ‘food system transformation’ in 2021-22.

Then Covid happened. We monitored the damage it wreaked on the food supply system.

In the summer of 2021, we reviewed the forecast made during the horizon scanning project only four years earlier. We realised that that we’d been 10-15 years too optimistic. 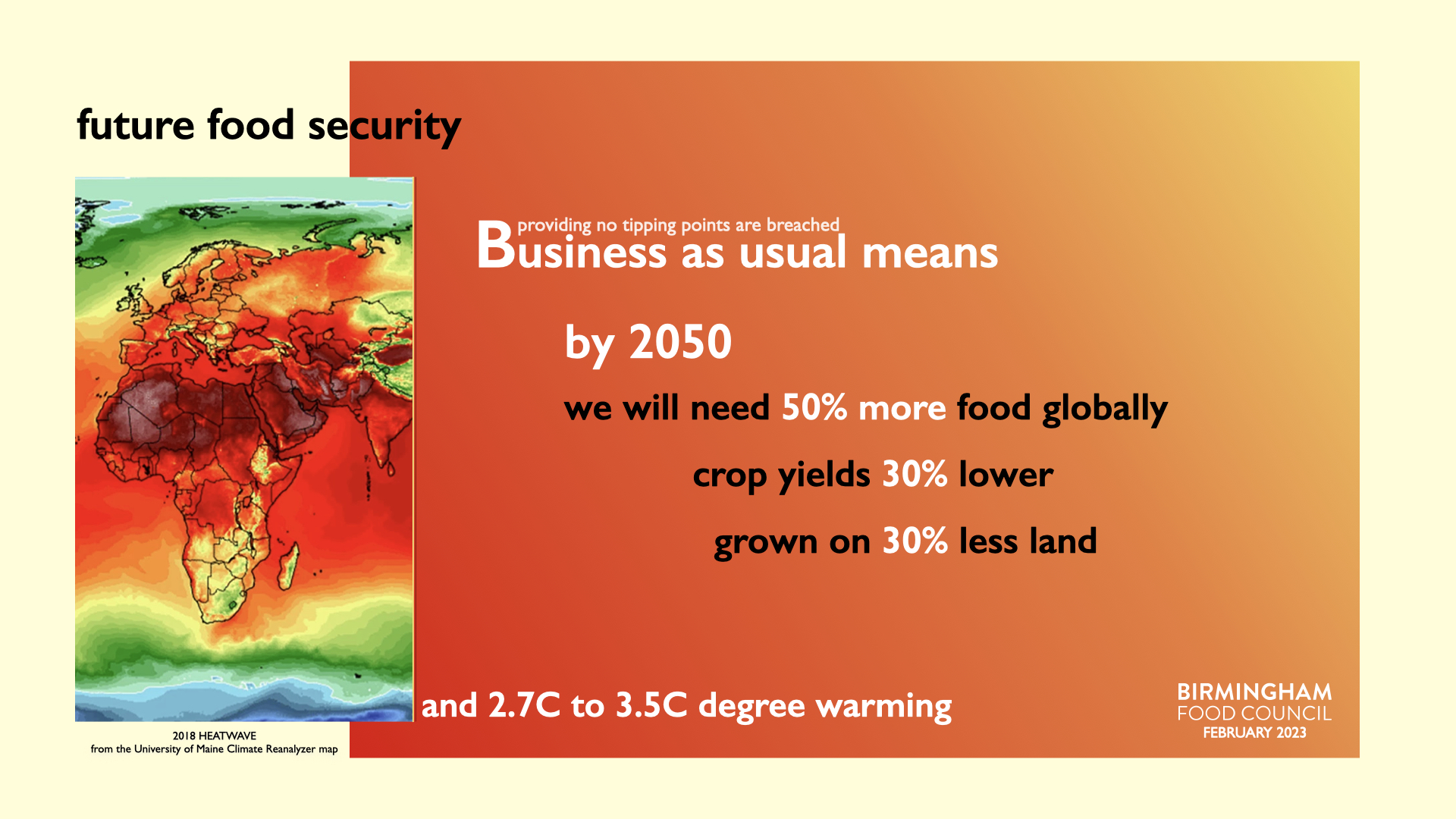 “Now that’s a recipe for global catastrophe. “
A quotation from Bill McGuire, who mentioned only the first and last of these factors in the podcast (07:00)

Meanwhile, as we reported to the EFRA Commons Select Committee in September 2022, the Government is doing no preparatory work whatever to meet the inevitable challenges; indeed, some of their actions are making matters worse.

Should the food supply system be on a ‘war footing’?

And in the next blogpost, we outline our take on what that could look like.