These ‘Narrativium’ programme is the umbrella under which we engage the artistically talented members of the city, notably the upcoming generations to help us communicate important aspects of our work. led by our in-house curator, Ian Sergeant.

Some of these projects are commissioned by us, others are projects we’ve been invited to join.

Most of our programmes are part of a Youth Communications Programme in which we focus on developing young artistic talent in the city and region. The upcoming generations are the people who already are and will be most profoundly affected by the food security challenges we’re facing, and are therefore best placed to communicate them not just to their own generation, but also to the wider public.

The Game: We developed this scenarios Game in response to the chronic stresses, long duration events and sudden shocks to the food system identified in our horizon scanning project 2017-18 (reported in our paper Back from the Future and our resultant concern that few understood the risks and resilience challenges around UK food supplies.

After three pilot deliveries, we ran five simultaneous Games in November 2018 with 30 invited Players from diverse organisations. We have been invited to collaborate with several organisations about future events.

Additionally, since the pandemic, we have run ‘scenarios’ workshops to explore how the UK could be better prepared for future food shocks through implemented a buffer contingency stock system; see this report: One Scenario: Buffer contingency stocks, also our Response to an IPPR Call for Evidence which covers important aspects regarding policy and policy implementation. 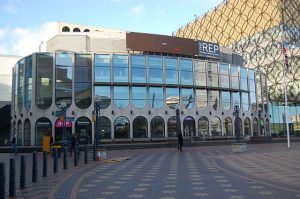 Seeds of Hope at Birmingham Repertory Theatre
Theatre director Nick Pitt and his colleague, arts curator, Johanna Taylor, of the group No Stone Theatre, asked us to be involved  in the development of a new play, Seeds of Hope. Its subject matter is the tragic story of Nikolai Vavilov, and the relevance of his life and legacy, which includes the N.I Vavilov Institute of Plant Industry in St Petersburg today.


In February 2020, there were two runnings of the play in front of small invited audiences with discussion afterwards at the Rep, and at the Camden Theatre in London. Covid-19 has inevitably meant a change in plan. Fortunately, they received funding from Arts Council England to produce Seeds of Hope in a series of podcast episodes, and interviews about its creation (which will include an October interview by Nick Pitt with Kate Cooper). We continue to advise them on today’s threats to our food supply system — including the continuing changes wrought by the pandemic. 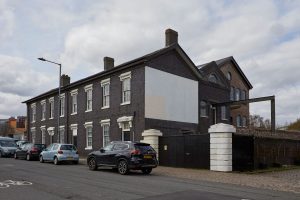 We took part in their Stir Up Sunday event on 24th November 2019. Kate Cooper told a story about Peter, a slave on the Hillsborough sugar plantation on the island of Dominica. The only words he uttered to his interrogators, Your time is done now, resonate powerfully today. The history of his heroism is intertwined with the bloody, violent history of sugar, cotton and slavery behind Quarry Bank Mill in Styal and Kate’s family there.

Covid-19 prevented the planned series of visual arts installations from April to September 2020 from happening. We’ll keep you posted on any developments. 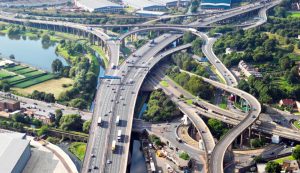 Our Archetypal Household Project, a part of our Youth Communications Programme, straddles both the arts and our other research work. It’s led by Suriya Roberts-Grey.

The purpose of the first two stages, now complete, was to create memorable archetypal households in the city to help explore and quantify the impact of stresses, degradations and failures in the food supply system. The project was now entering its third stage as Covid-19 hit.

It was to be the production of multi-media artistic representations of these households to identify and celebrate commonalities in the city’s food scene, and raise awareness of supply system threats. We will review this later in the year in the light of the pandemic.

Other projects have included:

The Hand That Feeds: A musical about food crime: This musical was composed by Sara Colman and with a libretto by novelist Mez Packer, Castle Vale Community Choir along with two singer-actors, Anthony Miles and Sam Fox and two musicians, Al Gurr and Xhosa Cole (who later was voted BBC Young Jazz Musician of 2018), directed by Graeme Rose and produced by Charlotte Gregory.

It has been performed in two city city venues (Birmingham Bullring and Victoria Square) and in Castle Vale. Many thousands have heard it, and extracts used in presentations. 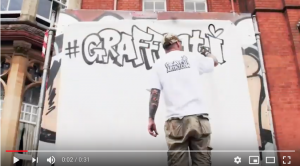 The Graffeati Project is another Youth Communications Programme.
We commissioned Panda, a Birmingham-based artist to create two live graffiti installations at the Kings Heath Dining Club Food Festival in July 2018, with the topic of food crime. The installations are portable for use at other events.

Danni Ebanks-Ingram curated a video (left) of these installations as well as taking a series of images for our Instagram account.

The Elliott Review Birmingham: Our ‘best case scenario’ in that report is copied word-for-word in Annex N of the Government’s Elliot Review into the Integrity and Assurance of Food Supply Networks: A National Food Crime Prevention Framework (2014).

The Birmingham 2050 Scenarios Project which  explored possible food futures for Birmingham in 2050. There were two Narrativum Projects associated with it: 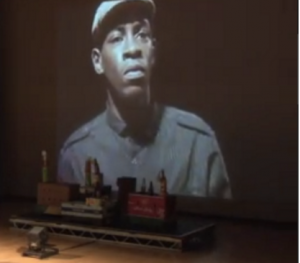 The first was a writing project, One Family, Four Stories by Ellie and Keith Richards.

The second was a drama project, Food Futures performed in front of a live audience at the Midlands Arts Centre.

It was designed and developed as a response to the Scenarios Project by four young artists, Jenny Lee, Carl Sealeaf, Katherine Hannaford and Sipho Eric Dube (image left, as a Worcestershire farmer best by floods) under the direction of Graeme Rose and with an original music score composed and performed by David Austin Grey.