Ian leads our Narrativium projects which have a particular focus on giving opportunities to the wealth of young artistic talent in the city. 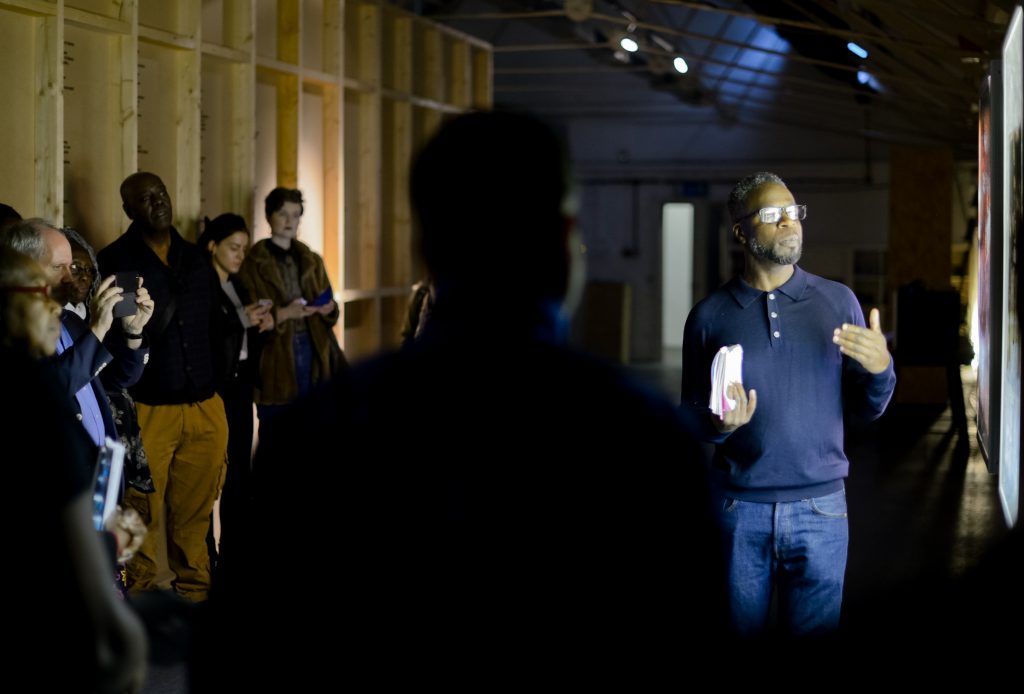 He has an MA in Contemporary Curatorial Practice from the School of Art, Birmingham City University and is currently a PhD research student at Birmingham City University, as part of the Midlands 3 Cities, Arts and Humanities Research Council funded Doctoral Training Partnership. His practice-led research is focused on the Visual Representation and Cultural (Re) Construction of Black Masculinity in 21st Century Birmingham.

He began his career in the arts in 1994 as a founder member of Black Pyramid Film and Video, Bristol, which provided training in film production and hosted an annual film festival in partnership with the Watershed. He has worked for several institutions, including The Drum Arts Centre, New Art Exchange, Arts Council England and Birmingham City Council, Canal & River Trust and Midlands Arts Centre, Birmingham.

Most recently Ian devised, curated and led a research project of the late artist Donald Rodney, leading to the exhibition, Reimaging Donald Rodney exploring the digital embodiment and rich legacy of Rodney in October 2016.

In 2017 Ian curated the One Love Exhibition at The Rep Birmingham to coincide with the hugely popular and successful One Love: The Bob Marley Musical. This featured posters designed for the International Reggae Poster Competition.  In 2017, he also conducted a research trip and residency at the Rebuild Foundation, Chicago funded by Arts Council England, Artist International Development Fund.

Ian is a Director of Kalaboration CIC, a visual and performing arts initiative, commissioning artists, hosting symposiums and public engagement initiatives. He is a director of Ort Gallery, Balsall Heath, and an artist-led gallery space in Balsall Heath. He is also a Director of Come the Revolution, a collective of programmers in Bristol and Birmingham committed to exploring and challenging black life, experience and cultural expression through cinema

He is a member of New Art West Midlands Executive Board and the Film Hub Midlands Advisory Board.

The photo of Ian above is by Marcin Sz as part of the Reimaging Donald Rodney exhibition.