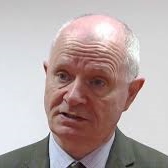 Having been a doctor for almost 40 years and a GP (in a relatively deprived part of Birmingham) and GP academic for more than half of that time, he has had a great deal of experience of the clinical consequences of dietary issues: from obesity to junk-food, from food ‘addiction’ to anorexia.

He’s seen the rise of diabetes and of poor dietary choices, but also fully recognises that these choices are not only a consequence of individual decisions but also of the context and environment in which people live and work: e.g.deserts juxtaposed with farmers’ markets.

The health of the population depends on many factors outside of the individual person’s, or indeed individual doctor’s, control, and it is in this space that the Birmingham Food Council works.