Epidemics are an example of a complex system. An epidemic, even a pandemic is vastly less complex than the food system at many levels.

All complex systems have similar features (or topologies to use Barabasi’s term, one taken up by Henry Dimbleby, see here).  So, as we suggested in our Submission to the National Food Strategy Call for Evidence (scroll down to paragraph (C) here), the forces that drive epidemics have illuminating similarities with those driving the food system.

A brief history about how I learned about epidemics
In 1998, I was appointed a Senior Fellow at Warwick Manufacturing Group (WMG), and the put in charge of a week-long residential module called Innovation Strategy on their part-time postgrad MSc in Engineering Management delivered both in the UK and across the world.

Even in the late 90s, the concepts of complexity science had barely begun to seep at all into the minds of anyone outside the academic science community. Not for nothing, though, is complexity science called the science of surprise. It was, therefore, very much a part of the Innovation Strategy module, and indeed within my later role at WMG as subject leader for innovation, a position I held until 2006.

When delivering the module in the UK, I brought in people familiar with complex systems from various domains, including a bee-keeper (bee foraging algorithms have been appropriated for paint scheduling in car factories), a reproductive biologist (Life itself comprises a few simple rules that turn out to be, for example, the complexity of you) and a then-Warwick expert in epidemiological modelling and outstanding teacher, Dr Graham Medley, now Professor of Infectious Disease Modelling at the London School of Hygiene and Tropical Medicine.

This PDF is my summary of what he said then with additional info about where Covid-19 fits in, also replicated as the image below: 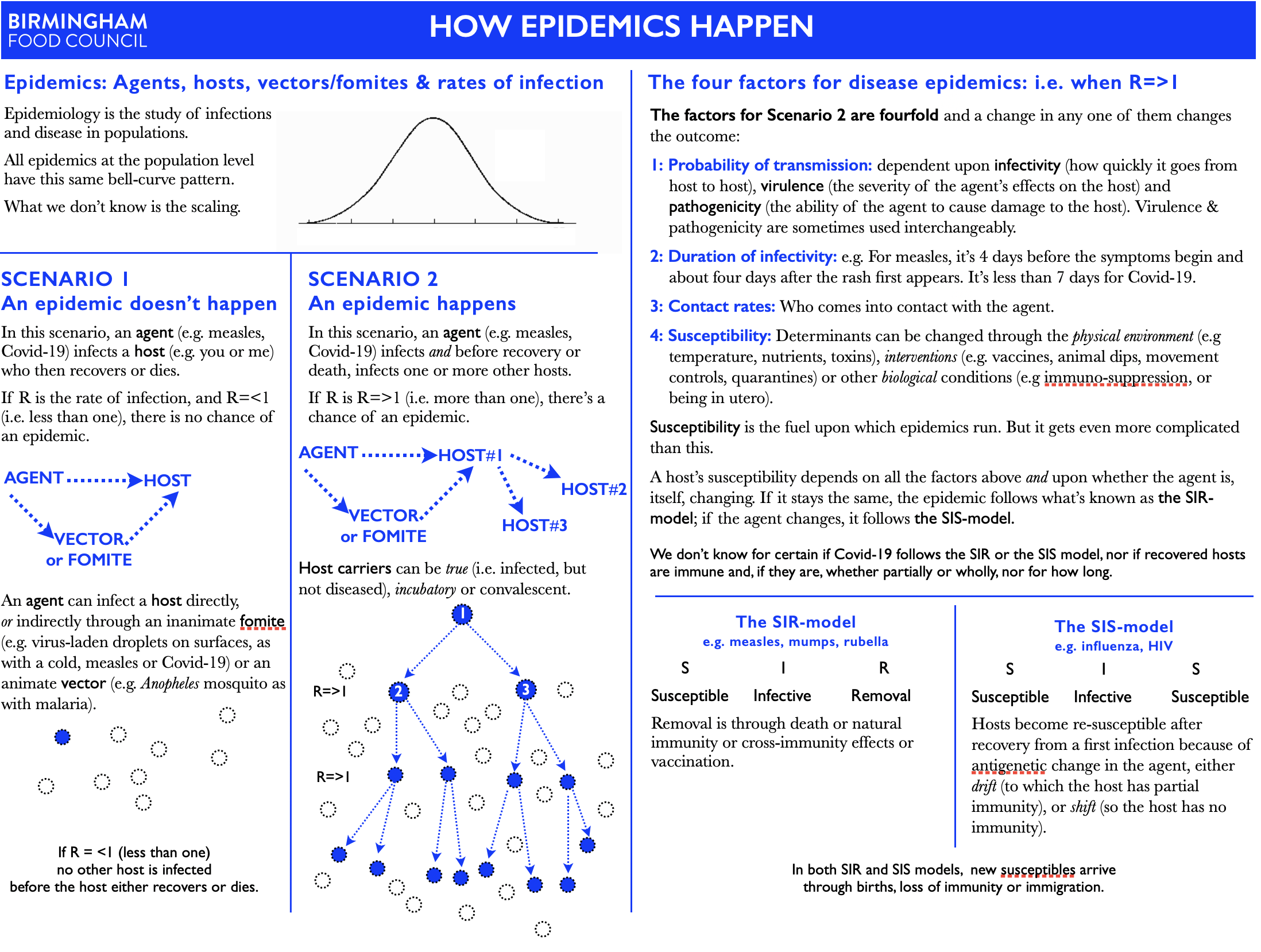